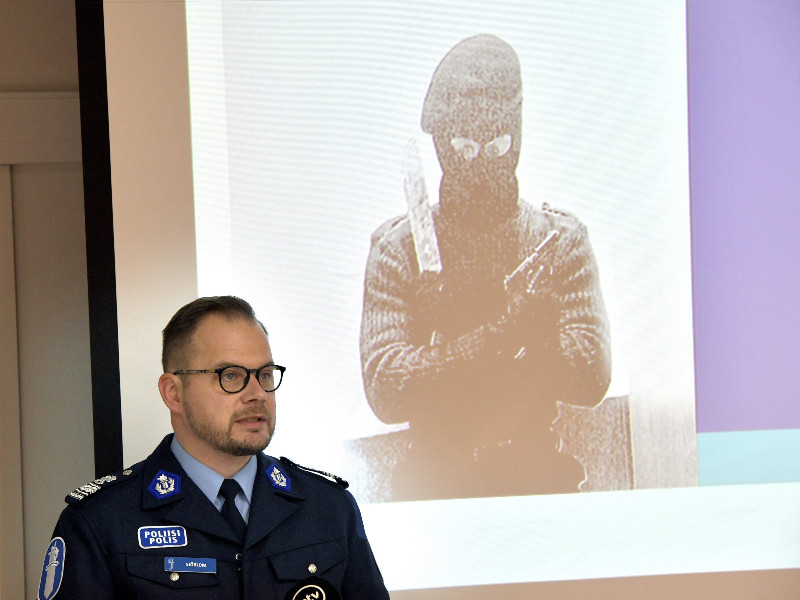 FIVE YOUNG MEN in Satakunta, south-western Finland, have been detained on suspicion of terrorist offences.

YLE on Friday highlighted that the investigation is the first into suspected terrorist offences by a far-right organisation in Finland.

Eero Pietilä, a special investigator at the Finnish Security Intelligence Service (Supo), revealed in a press conference that the suspects subscribe to an ideology consisting primarily of elements of accelerationism, a far-right ideology that seeks to utilise sabotage and terrorism to exacerbate societal divisions and establish a national-socialist society.

Accelerationism is a very extreme but marginal ideology, according to Pietilä.

Daniel Sallamaa, a researcher specialising in far-right movements at the University of Helsinki, told Helsingin Sanomat that the ideology is more nihilistic than “traditional national socialism” because it proponents view that the society must be burned down to the ground before anything new can be built on its ashes.

“For example, they’ve thought it’s justified to carry out attacks against their own reference group – the white native-born population – if such measures can foment more chaos and accelerate the collapse of society,” he elaborated.

The suspects were arrested in a large-scale operation carried out in and around Kankaanpää, a roughly 12,500-resident town in Satakunta, on Tuesday.

The pre-trial investigation was launched as early as in 2019. Three men were suspected of firearms offences after local police officers seized a significant number of firearms and ammunition in a raid. The men were also found in possession of dynamite and fertilisers containing ammonium nitrate, a chemical compound that has been popular among terrorists for decades due to its availability and explosive properties.

Toni Sjöblom, the detective superintendent in charge of the pre-trial investigation at Southwest Finland Police Department, said the suspects will likely not be interrogated until after the weekend.

“We’ll now start reviewing the material we’ve accumulated,” he stated to YLE. “It’s possible that the interrogations will be delayed until workdays because there are several suspects and the material is extensive. This requires good and thorough consideration.”