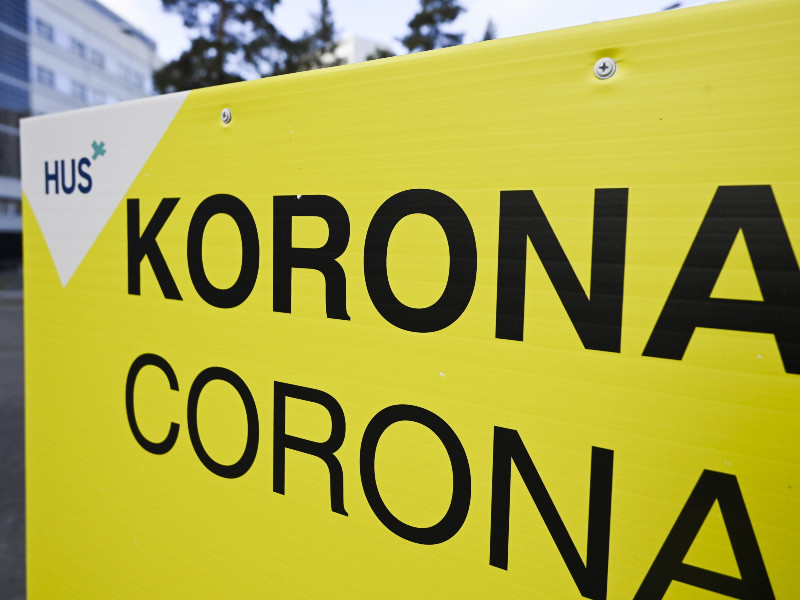 A sign outside a testing site at Meilahti Hospital in Helsinki on 10 September 2021. (Markku Ulander – Lehtikuva)

ONE PERSON in Finland has been diagnosed with an infection caused by the omicron variant of the new coronavirus, reports the Finnish Institute for Health and Welfare (THL).

THL on Thursday revealed that also other members of the same group of people have tested positive for the coronavirus, but it remains to be determined whether their infections were caused by the presumably highly contagious variant discovered last month in South Africa.

The group had recently returned from Sweden to Finland. The infected person had come into contact with people from other parts of the world during the visit.

The Hospital District of Helsinki and Uusimaa (HUS) on Thursday stated that the infected person has received two vaccine injections and is only experiencing mild symptoms. Eeva Ruotsalainen, the chief physician of infectious diseases at HUS, told YLE that the carrier has not exposed anyone outside their family to the virus.

“It is very probably that we are dealing with the omicron variant,” said Mikko Pietilä, the chief medical officer at the Hospital District of Southwest Finland.

Ruotsalainen reminded yesterday that it remains premature to estimate how significant a threat the variant poses to the epidemiological situation in Finland. What is known, however, is that the variant has spread rapidly in southern parts of Africa.

“In South Africa, the number of infections has grown tenfold in a month, indicating that omicron spreads noticeably quicker than the current prevalent strain, delta,” told Ruotsalainen.

It would therefore be advisable to step up infection tracing and the testing of fully vaccinated people.

“For us to keep up with infection tracing, it must be accompanied with restrictions to limit close contacts and promote health-safe activities. Restaurant restrictions were tightened last weekend and new restrictions on gatherings will be put in place in the coming days in HUS,” she said. “Infection tracing is important so that we can slow down the spread of omicron and raise the vaccine uptake for first, second and third doses before Christmas holidays.”