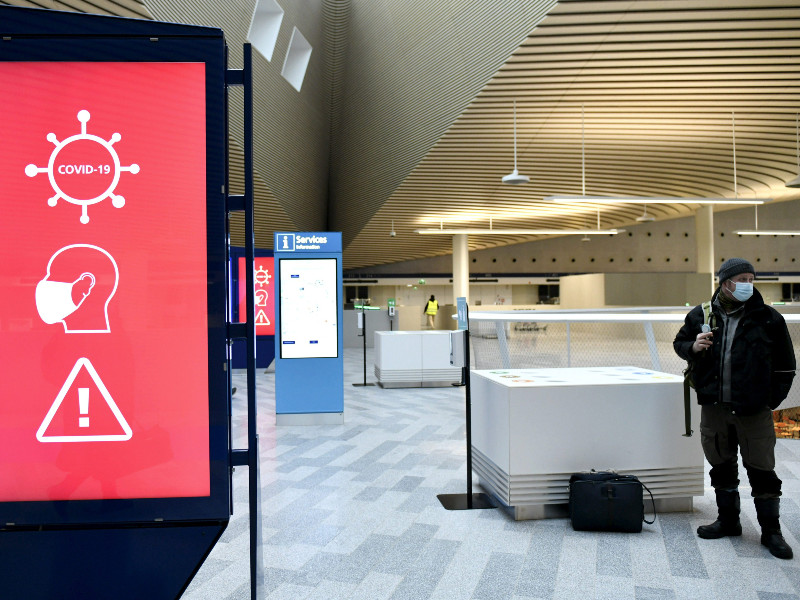 A passenger in the newly opened expansion of terminal two at Helsinki Airport on Wednesday, 1 December 2021. (Heikki Saukkomaa – Lehtikuva)

THE EUROPEAN COMMISSION is urging Finland and other member states to step up their efforts to combat the coronavirus pandemic, reports YLE.

Finland has room for improvement in at least entry procedures and vaccination promotion, it being one of only few member states that do not require arriving passengers to fill in a passenger information form before entering the country.

“Today we are presenting a broad array of actions, from stepping up our vaccination efforts and investment in treatments, to improving monitoring and prevention, and reinforcing our global solidarity. In the meantime I reiterate my urgent call to all of you: get vaccinated, get a booster, and follow the rules to protect yourselves,” said Ursula von der Leyen, President of the European Commission.

The European Commission has urged member states to collect passenger information in advance in order to prevent the spread of the presumably highly contagious omicron variant. A means to collect information on countries the passenger has visited in the last two weeks, the form enables officials to identify and trace people who have been in contact with a carrier during a trip.

Also Finland has recognised the need to collect the information; the project has simply struggled to move forward. Tuomas Laosmaa, the head of border inspections at the Finnish Border Guard, told YLE on Wednesday that the Border Guard has notified health care authorities of its belief that the form would be necessary.

“We’ve repeatedly voiced our support for adopting the form, but so far health officials haven’t acted on it apparently because they’re busy with other things,” he said.

The Finnish government looked into adopting the entry form earlier this year but scrapped the project after ruling that the related technical systems, legislative changes and data security issues would have required significant follow-up studies.

Mika Salminen, the director of health security at the Finnish Institute for Health and Welfare (THL), said THL has also voiced its support for collecting the information, as it would be useful in the present circumstance where officials are trying to trace the new variant discovered in South Africa.

Roughly 20 people have arrived from the high-risk areas in Africa to Finland, according to statistics from the Finnish Border Guard. Not one of them has been denied entry, revealed Laosmaa.

The government decided last week to utilise the so-called emergency brake mechanism to restrict travel from the region over concerns about the omicron variant. People from the region are presently allowed into the country only for essential reasons, such as compelling personal or family-related reasons, regardless of whether or not they have been fully vaccinated.