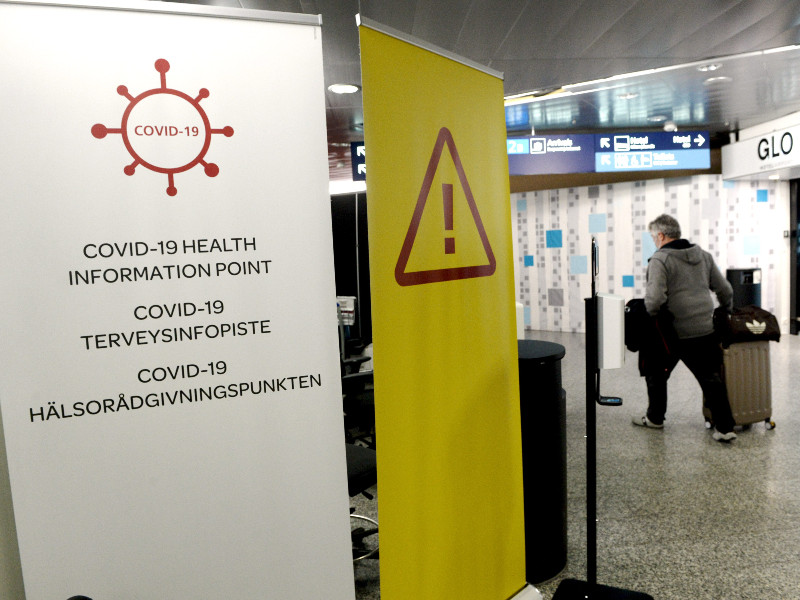 HEALTH CARE AUTHORITIES in Finland have detected two coronavirus infections that may have been caused by the newly discovered omicron variant.

The Finnish Institute for Health and Welfare (THL) on Monday reported that both of the cases have a connection to overseas. Authorities have ordered the suspected carriers into isolation and traced their contacts in Finland.

Laboratory analyses of the samples should confirm the cause of the infections in a day or two.

Taneli Puumalainen, a director general at the Ministry of Social Affairs and Health, said to YLE it is not surprising that the variant of concern has possibly found its way to Finland. News of the possible cases, he added, demonstrate that the health security measures at border-crossing points are working.

“It’s good that suspected cases can be identified quickly, that the [infected] person and exposed people can be ordered into quarantine. This shows that the system is working and we can effectively prevent further infections from taking place in Finland.”

The variant has spread to several countries following its discovery by scientists in South Africa. Puumalainen estimated that it is nonetheless possible to prevent it from spreading into Finland.

“It remains to be seen,” he commented to the public broadcasting company. “Previous variants from Brazil and South Africa were pretty much limited to isolated cases. The British variant and delta variant contrastively spread very wide.”

The Ministry of Social Affairs and Health has instructed municipal authorities to test people arriving from regions where the omicron variant is spreading. Testing may become mandatory if the incidence of the variant rises further, according to Puumalainen.

“There probably isn’t a certain case number-based limit. It’ll be an overall assessment that takes into account how much cases there are in the country, how reliable the testing system is and how high a potential there seems to be that travellers could bring the virus to Finland,” he said, viewing that the discovery should have little impact on domestic travel over the holiday season.

“I don’t think there are no major concerns linked to the omicron variant when it comes to domestic travel. The situation is very uncertain when it comes to international travel, though,” he said.

“You have to monitor the situation on a daily basis.”

Olli Vapalahti, a professor of virology at the University of Helsinki, on Monday reiterated that too little is known about the variant.

“The virus and its genome weren’t published until around last week’s Wednesday or Thursday. You can draw some conclusions based on them, but fully reliable information won’t be received until laboratory studies and patient data analyses have been carried out,” he said to YLE.

This will take two to three weeks, according to him.

Among the interesting questions concerning the omicron variant are is it resistant to existing vaccines, is it more transmissible than other variants and does it cause serious forms of the coronavirus disease.