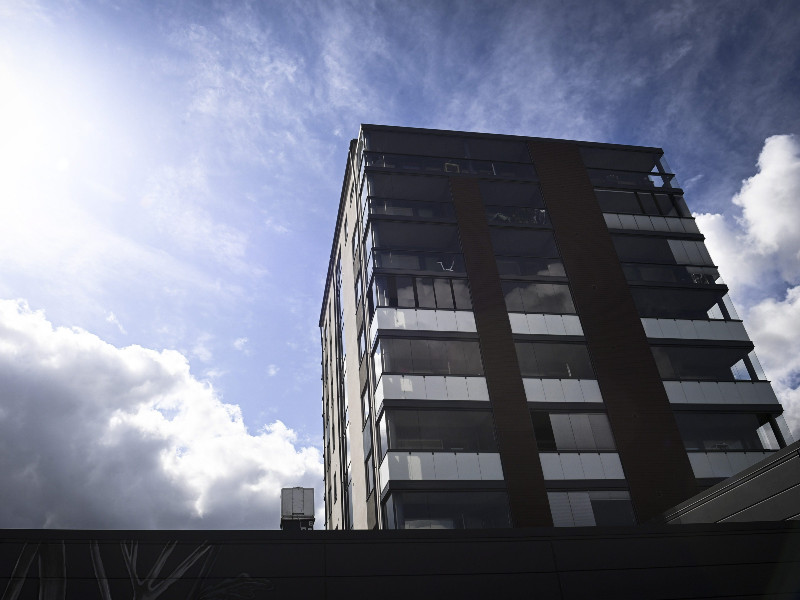 A block of flats in Kaarina, South-west Finland, on 2 August 2021. (Emmi Korhonen – Lehtikuva)

FINNS are moving out to live on their own at a younger age than ever before.

The Mortgage Society of Finland (Hypo) on Thursday reported in its market review that fewer than 15 per cent of 20–29-year-olds in the country lived with their parents last year, representing a substantial drop from the almost 30 per cent who did at the beginning of the millennium.

The coronavirus epidemic, it gauged, has encouraged young people to become independent by decreasing competition for rental flats in university cities. The options of prospective tenants have increased also due to the availability of flats that have previously been rented to short-term tenants on platforms such as Airbnb.

“The longer-term reason is that more residential units have been completed in growth cities than ever before in the statistical history dating back to 1995,” said Juhana Brotherus, the chief economist at Hypo.

The housing market in growth cities is also characterised by a phenomenon revolving around successful startup entrepreneurs and people employed in the service sector formed around them. Brotherus said the phenomenon is manifested in a surge in demand for both expensive flats in prime locations and compact rental flats in areas around growth centres with good transport connections.

Hypo on Thursday also revealed it is raising its forecast for house price increases by 0.8 percentage points to 3.8 per cent for this year on grounds of strong sales. Although the forecast for next year was also revised up by 0.5 points, the growth is still expected to slow down significantly, to 1.5 per cent.