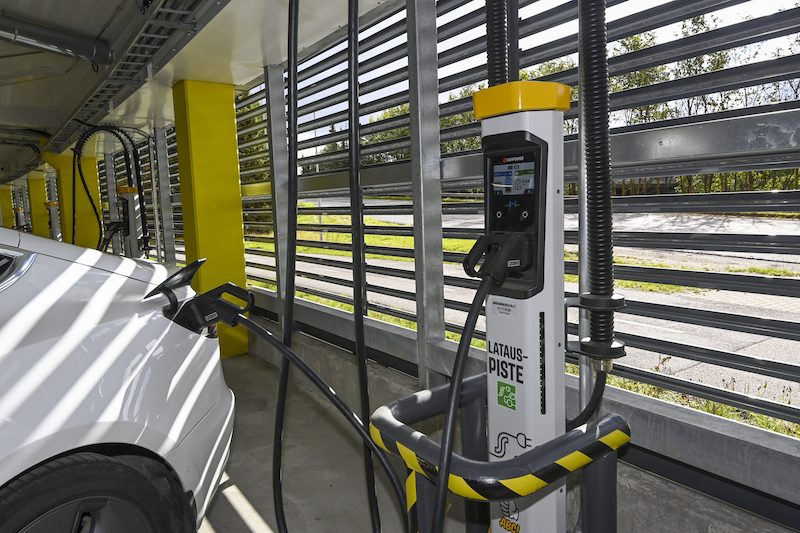 The Finnish Ministry of Transport and Communications organised a round table on 15 November 2021 to hear the views of various interest groups on distribution channels for alternative fuels in road transport and on hydrogen as a power source. The demands of the EU regulations currently in preparation for refuelling/recharging infrastructure were also discussed in detail. This infrastructure plays a crucial role in efforts to mainstream low-emission alternative fuels.

In May 2021, the Government adopted a resolution on a Roadmap for Fossil-Free Transport, which lists actions to reduce the greenhouse gas emissions from road transport. The objective is to halve emissions from transport by 2030 compared to the level in 2005, and to achieve zero emissions by 2045. Road transport accounts for 95 per cent of emissions in domestic transport.

The Roadmap for Fossil-Free Transport sets ambitious goals for the future, including 700,000 electric and 130,000 gas-powered passenger cars by 2030.

“We are transitioning to fossil-free transport. To enable this transition, we must make sure the number and location of recharging and refuelling stations match the growing number of vehicles, says Minister of Transport and Communications Timo Harakka.

While the use of hydrogen as a transport fuel has not gained popularity in Finland under the current market conditions, European car manufacturers invest heavily in hydrogen technology. Market introduction of several hydrogen powered lorry models is expected in 2021–2025.

“Although we currently have little experience of hydrogen as a transport fuel, it holds great promise as a future power source. Finland has the potential to become a pioneer in hydrogen economy,” Minister Harakka says.

The European Commission wants to build alternative fuel distribution infrastructure across the EU; this will support the achievement of objectives set out in the Roadmap for Fossil-Free Transport. In the EU Fit for 55 package published on 15 July 2021, the Commission proposed even more ambitious regulatory measures that would be directly binding on Member States. The Proposal for a Regulation on the deployment of alternative fuels infrastructure (AFIR) covers all modes of transport.

The new regulation will impose significantly stricter requirements. According to the proposal, by 2025 the TEN-T core network should have electric charging stations for both passenger cars and heavy vehicles at least every 60 kilometres. The Commission also proposes that hydrogen stations should be built every 150 kilometres along the TEN-T core network and comprehensive network by the end of 2030.

The Finnish Government is in favour of setting joint ambitious targets for alternative fuel distribution infrastructure across the EU. It is important to encourage the use of electric vehicles everywhere, regardless of a person’s place of residence or travel route. In terms of heavy goods vehicles, some national flexibility may be called for in sparsely populated areas with long distances and low traffic volumes. There are some reservations regarding the requirements for hydrogen stations, as there is no demand for hydrogen fuel in Finland yet. Council working groups began their discussions on the EU climate package in autumn 2021.

The implementation of the three-phase Roadmap for Fossil-Free Transport is under way. The third or final phase of the roadmap involves an assessment of the need for any additional national measures in addition to EU initiatives and measures decided on in the roadmap. In accordance with decisions made in the government budget session in autumn 2021, decisions on additional measures for the entire effort-sharing sector will be made in spring 2022. Work on the AFIR Regulation will continue in the Council’s working group.