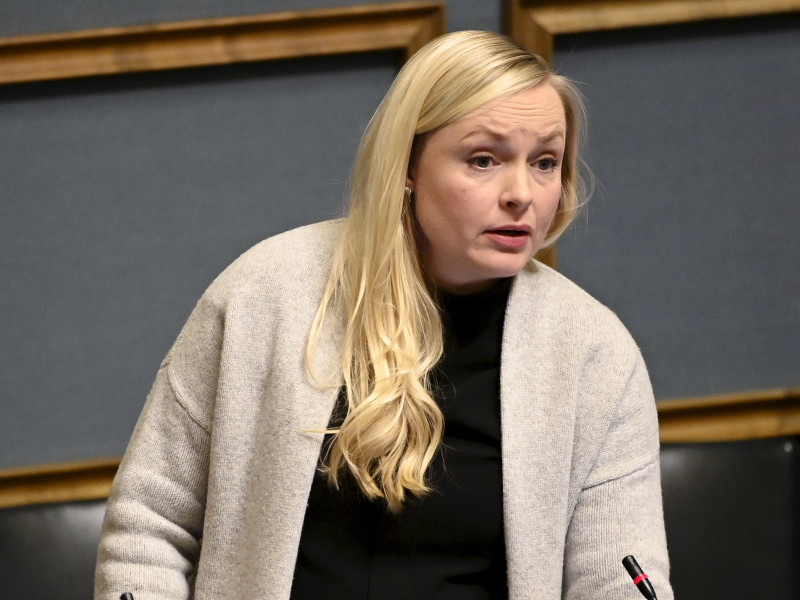 Minister of the Interior Maria Ohisalo (Greens) reacted during a question-time debate in the Parliament House in Helsinki on Thursday, 11 November 2021. (Markku Ulander – Lehtikuva)

ABOUT 30 MIGRANTS are believed to have arrived in Finland through Belarus, reveals Minister of the Interior Maria Ohisalo (Greens).

“The Finnish Border Guard and my own officials have provided me information indicating that these people are believed to have come here through the hybrid operation. What Belarus is now doing is completely condemnable,” she stated on YLE A-Talk on Thursday.

Border security has become a hot topic of discussion of late in Finland. Belarus, news reports suggest, has transported people intent on entering the European Union to its border with Poland. Die Welt, one of the leading daily newspapers in Germany, has additionally written that the main destinations of the migrants include Finland and Germany.

Ohisalo on Thursday viewed that the emergency powers act must be amended without delay, as it no longer reflects the new risks and threats witnessed in Europe.

President Sauli Niinistö similarly stated to the public broadcasting company that the act should be updated to meet the requirements of today. The act, he gauged, presently leaves too much room for interpretation in regards to responding to hybrid tactics.

Ohisalo estimated nonetheless that the ordinary legislation provides the tools to respond to large-scale immigration. “The Finnish Border Guard has the capability to prepare for these sorts of disruptions,” she said.

Petteri Orpo, the chairperson of the National Coalition, said the government lacks a clear course of action for responding to hybrid threats. The current legislation, he added, does not provide the tools to counteract hybrid campaigns, halt uncontrolled immigration and suspend the reception of asylum applications.

“We must send a clear message to the world that operations like these won’t influence Finland. That we can shut down our borders if necessary, that we won’t accept asylum applications. It’s a message to people that it isn’t worthwhile to give in to the temptations of human smugglers.”

“We ourselves have been the target of such an operation,” he added, referring to the arrival of almost 2,000 migrants to the north-eastern border-crossing points in Salla and Raja-Jooseppi, Finnish Lapland, in 2016.

Orpo served as the minister of the interior under Prime Minister Juha Sipilä (Centre) in 2015–2016.