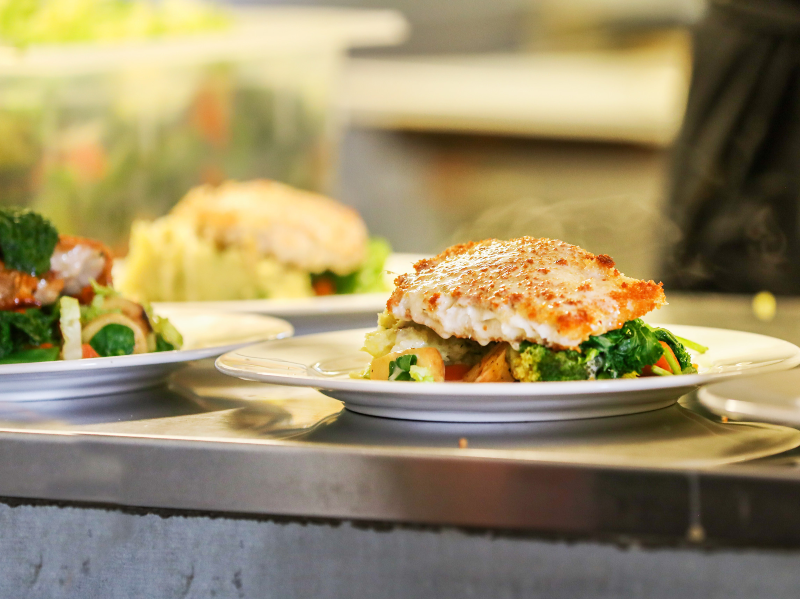 A fish fillet on top of vegetables. Responsibly sourced local wish will be a mainstay on menus at events held by the City of Helsinki as of January 2022. (Yiping Feng and Ling Ouyang – Helsinki Marketing)

THE CITY of Helsinki has come under criticism for its decision to take meat off the menu at its events as of January 2022.

Helsinki on Tuesday stated that the menus of its events will consist of seasonal vegetarian food, responsibly sourced local fish and fair-trade products as of next year. No single-use cutlery will additionally be used, and oat milk will be served with coffee instead of cow milk.

The decision will affect the food and refreshments served at city-held workshops, seminars, public events and invite-only events, for example.

“Today’s decision isn’t a comment on the food service provided in schools or elderly care [facilities],” Johanna af Hällström, the head of the climate team at the City of Helsinki, clarified to YLE. “This is one way among many to reduce the climate impact of food and reduce the amount of natural resources used by the city.”

The decision, she added, is not directly linked to the city-ran effort to halve the consumption of meat and dairy products by 2025.

Juha Marttila, the chairperson of the Central Union of Agricultural Producers and Forest Owners (MTK), on Tuesday said the decision reeks of green-washing in light of the energy policy of the Finnish capital.

“Helsinki naturally has every right to decide what it wants to serve – that’s not the problem,” he stated to Maaseudun Tulevaisuus. “But this does reek of green-washing, as the city is a real disgrace when it comes to energy policy.”

Riikka Pirkkalainen, the party secretary of the Centre Party, estimated that the decision is regrettable and a missed opportunity if it applies also to domestically produced meat.

“There’s no willingness to brand the world’s cleanest food in the country’s capital. You could’ve also flipped the setting, into an asset for exports,” she lamented on Twitter. “We should nonetheless work together and support food producers – food companies and producers – together. I want to believe that we ca n do better.”

Increasing the amount of vegetables on diets is a common goal for everyone, she assured.