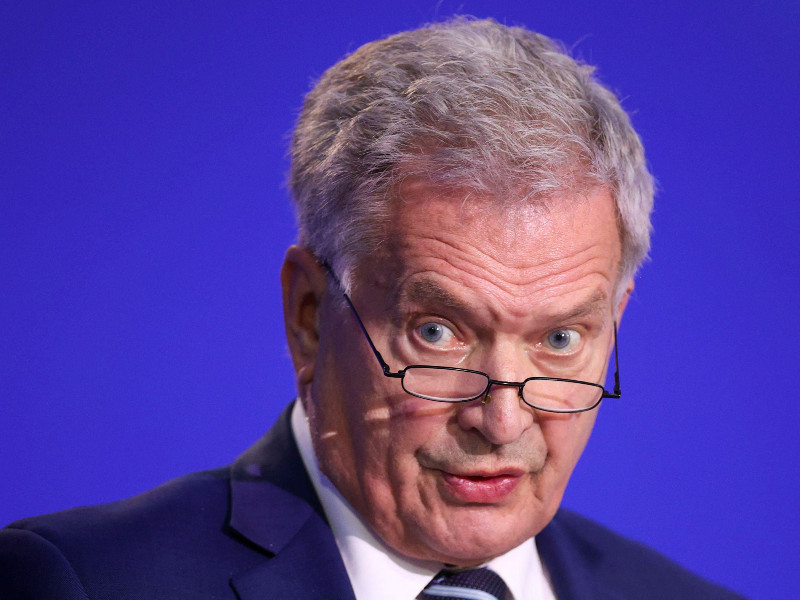 “If we lose the Arctic, we lose the globe,” President Sauli Niinistö stated at the UN Climate Change Conference in Glasgow, Scotland, on Tuesday, 2 November 2021. (Hannah Mckay – AFP/Lehtikuva)

PRESIDENT Sauli Niinistö drew attention to the Arctic, forests and carbon sinks, and climate financing for developing countries at the UN Climate Change Conference in Glasgow, Scotland, on Tuesday.

While Finland has adopted some of the most ambitious climate goals in the world – such as that of becoming carbon neutral by 2035 – goals and pledges will no longer suffice, he underlined.

“A lot has been done. The Paris Agreement was a historic milestone, and after that many countries have set new climate goals,” he acknowledged.

“But we have reached a point where we need to move beyond goals and pledges. Change may seem inconceivable, but only until we act. Combating climate change is one of our weightiest human responsibilities,” he said, employing his notion of human responsibilities as a counterpart to human rights.

Finland, he revealed, will almost double its climate financing for developing countries and promote the integration of climate action to national budgeting in its capacity as co-chair of the Coalition of Finance Ministers for Climate Action. The country paid a total of 147 million euros in climate finance to developing countries in 2019, according to the Ministry for Foreign Affairs.

“Many truly impactful measures lie in this domain,” he stated.

Niinistö also portrayed the country as an advocate of sustainable forest use and a representative of the Arctic.

“Finland is particularly concerned about the fast-warming Arctic region,” he said. “Everyone else should be concerned, too: if we lose the Arctic, we lose the globe. In the Arctic, reducing black carbon and methane emissions is essential.”

“No emission reduction measures will be enough unless we take care of our carbon sinks. As the most forested country in Europe, Finland places great importance on sustainable use of forests. Every year, 150 million trees are planted in Finland. Globally, we need to strengthen efforts to halt forest loss.”