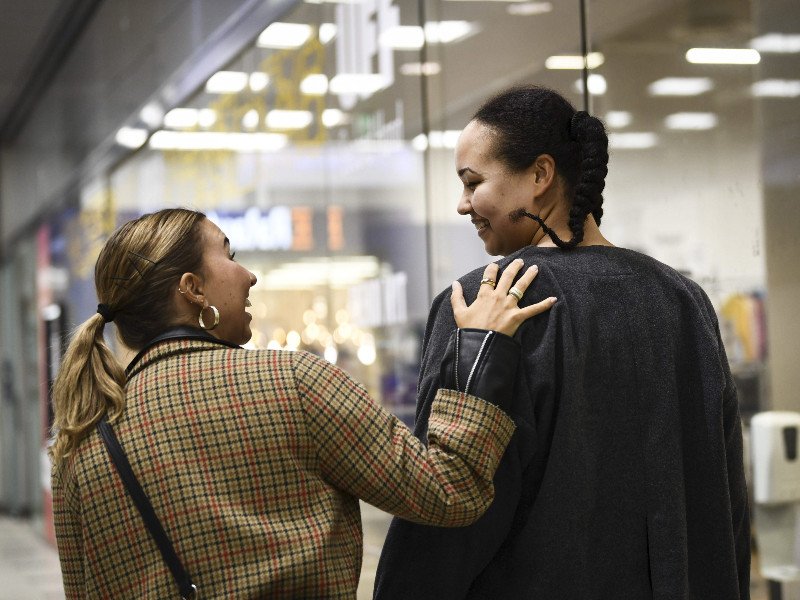 Two friends getting together in Helsinki on 14 October 2021. (Emmi Korhonen – Lehtikuva)

FINLAND has come in fifth in a comparison of gender equality in the European Union.

The European Institute for Gender Equality (EIGE) on Thursday published the sixth edition of its annual study of gender equality in the domains of health, knowledge, money, power, free time and working life in the 27-country bloc.

While the thematic focus of the latest report is health – namely, mental health, sexual and reproductive health and the health effects of the coronavirus pandemic – most of the data used for the index itself dates back to 2019. The authors believe the report nonetheless provides ample evidence of the pandemic’s negative impact on women in the domains of work, money, knowledge, time, power and health.

The top three of the index was made up by Sweden, Denmark and the Netherlands. Also France outperformed Finland, as both of the countries slipped one spot from the previous year. The worst-performing member states were Greece, Hungary, Romania, Slovakia and Poland.

The countries that improved their ranking the most were Luxembourg, Lithuania and the Netherlands.

Finland came in fourth in three of the six domains examined: money, power and time. Its eighth-place ranking in the domain of work was mostly a consequence of its mediocre performance in the sub-domain of segregation and quality of work, and its ninth-place ranking in the domain of health a consequence of its worse-than-average performance in the sub-domains of status and access.

Knowledge was the only domain where the country fared worse than the EU average, coming in 11th.