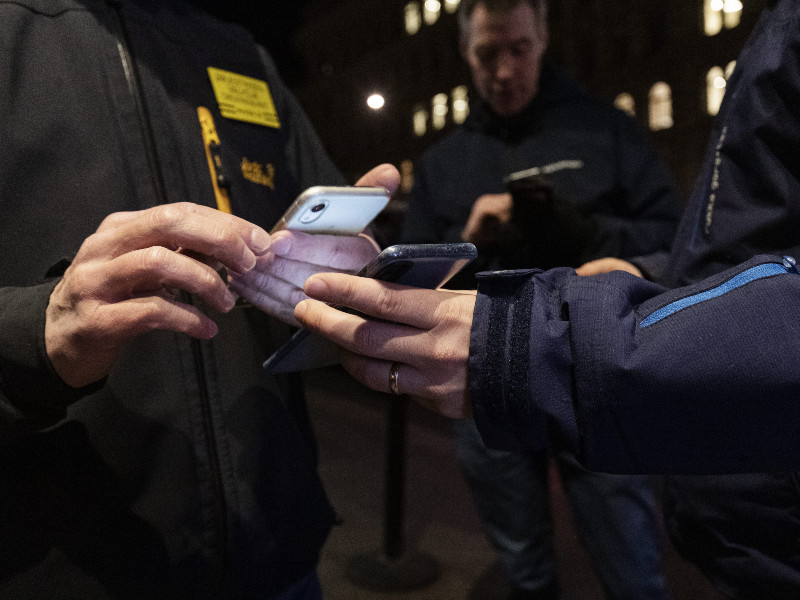 A bouncer made sure customers had the coronavirus pass at the entrance of Rymy-Eetu in Helsinki on Saturday, 16 October 2021. (Roni Rekomaa – Lehtikuva)

OPPONENTS of the newly adopted coronavirus pass have harassed nightclubs and restaurants in various parts of Finland.

Some of the establishments that adopted the pass last weekend in order to bypass restrictions on their operations have received extremely negative reviews online and experienced harassment on social media, reports Helsingin Sanomat.

“A disgusting place that violates human rights, not recommended for anyone,” one review read according to the newspaper. “A discriminatory joint. Not worth it to spend your money here,” read another.

The legislation enabling establishments such as bars and restaurants to circumvent restrictions imposed on their operations by municipalities or regional authorities entered into effect on Saturday, 16 October. It effectively enables the establishments to choose between complying with the restrictions and making sure all of their customers are in possession of the coronavirus pass.

The pass can be obtained by anyone who has been fully vaccinated against the virus, recovered from the disease in the past six months or tested negative for the virus in the past 72 hours.

Mikaela Savolainen, the manager of Night Club Marilyn in Turku, told Helsingin Sanomat that the nightclub announced its decision to adopt the pass last Wednesday. While it has received unpleasant comments ever since, the amount of negative reviews spiked in the late hours of Saturday and Sunday.

“It felt as if a group of people had been machinated for the online attack. I heard that many restaurants that had openly talked about adopting the pass online had similar experiences,” she said.

Savolainen stated that although criticising restaurants is naturally allowed, it feels unfair in the present situation as the pass is not a devise concocted by restaurants but rather a statutory tool that enables them to offer work to employees who have been temporarily laid off – possibly for lengthy periods – and extend opening hours.

The adoption of the pass caused no major disturbance outside the nightclub, according to her. While a few customers attempted to enter without knowing about the adoption, everyone indicated they understand the decision to do so.

Opponents of the pass have also urged each other on social media to book as many tables as possible on restaurants to force the staff to turn them away upon their arrival. Rumours of such threats have made their way also to the Finnish Hospitality Association (Mara), Veli-Matti Aittoniemi, the deputy managing director at Mara, said to Helsingin Sanomat.

Whether or not restaurants have actually received such bookings remains unknown, he told.