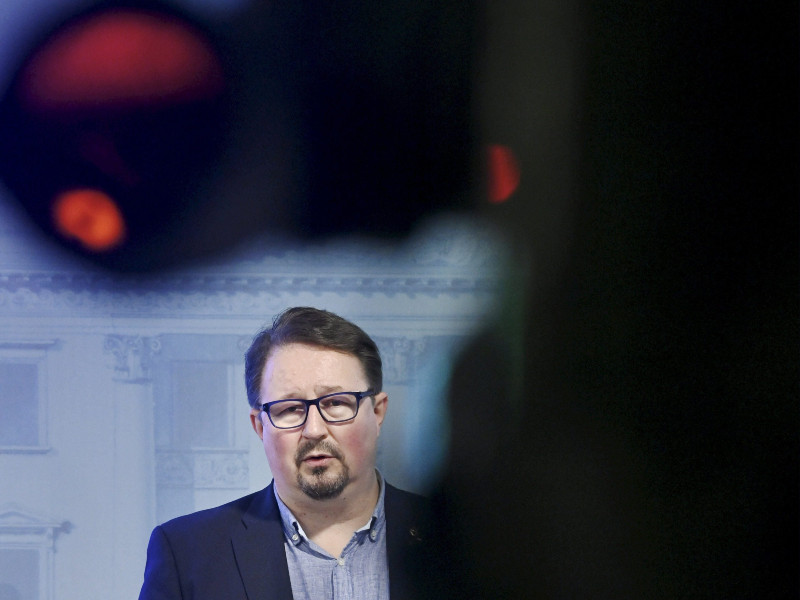 Mika Salminen, the head of health security at the Finnish Institute for Health and Welfare (THL), provided an update of the epidemiological situation in Finland in Helsinki on Thursday, 14 October 2021. (Mika Salminen – Lehtikuva)

ROUGHLY 238,000 people must still receive the second injection of a coronavirus vaccine to raise the vaccination coverage to the target of 80 per cent in Finland, Mia Kontio, a leading expert at the Finnish Institute for Health and Welfare (THL), told on Thursday.

Nearly three-quarters (74%) of over 12-year-olds in the country are currently fully vaccinated against the virus.

Kontio pointed out in a press conference that the pace of vaccinations has slowed down as a consequence of reluctance to get vaccinated. “We’ve unfortunately seen the willingness to get vaccinated wane,” she was quoted as saying by Helsingin Sanomat.

Finland is presently home to around 756,000 completely unvaccinated and 510,000 partially vaccinated people.

The central administration has pledged to re-open society on a broad basis once the vaccination coverage reaches 80 per cent or all over 12-year-olds have had the opportunity to receive both vaccine injections. The latter target should be reached at the turn of October and November, according to THL.

“But it’ll depend on how readily people get vaccinates whether the 80-per-cent target is reached by the end of October,” said Kontio.

Vaccination uptake varies notably between regions. In Åland, 83 per cent of the population have been fully vaccinated.

Experts on Thursday underscored the importance of taking the vaccine. Mika Salminen, the head of health security at THL, said every Finn will ultimately come into contact with the virus as it will not vanish from the face of the Earth.

“If you haven’t gotten the vaccine and you’re an adult, you will contract the disease. So please take the vaccine, for your own sake if nothing else,” he pleaded.