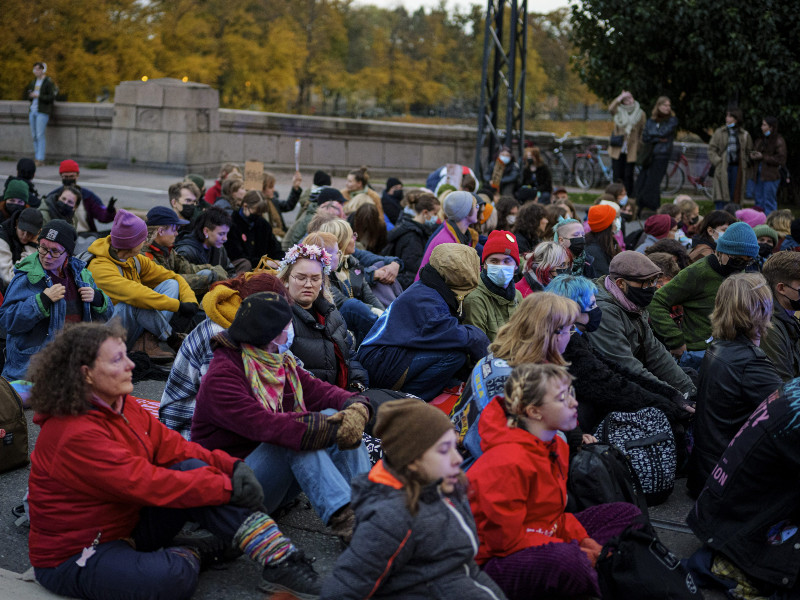 THE DISTRICT COURT of Helsinki has issued an order to sequestrate up to 20,000 euros in funds held by Elonvaalijat ry, the association behind Extinction Rebellion Finland.

Helsingin Sanomat on Tuesday reported that the sequestration order was issued at the request of officers at Helsinki Police Department. They are presently investigating whether the activities of the association meet the elements of money collection offences.

The details of the ruling will remain classified until charges have been brought or the investigation has been concluded, according o the daily newspaper.

The first of the two suspected offences is believed to have taken place between 26 April and 18 June and the other on 15 September.

The proceeds of the collections were used to fund the much-discussed demonstrations of Extinction Rebellion Finland. With the Finnish criminal code stating that money collections are not allowed for activities that are unlawful or clearly threaten public order or security, the questions at the centre of the investigation is whether the demonstrations have posed such a threat or whether the funds have been used for unlawful purposes.

Dozens of activists have been arrested and fined for contumacy to the police in conjunction with the demonstrations.

Ville Hoikkala, the legal advisor of three of the defendants, underscored that the fundraising campaigns organised on websites and social media themselves were legal. “It’s a question of what the money was used on,” he said to Helsingin Sanomat.

Elonvaalijat intends to file an appeal against the sequestration order, he said, declining to comment further on the matter.