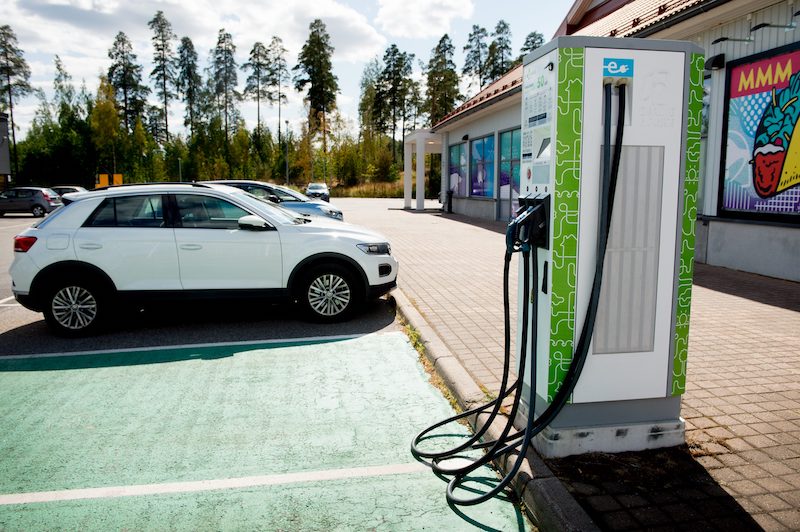 An electric car charging station at an ABC in Espoo.

On 7 October 2021, the Government submitted a legislative proposal to Parliament to extend the subsidy for the purchase of electric cars and the conversion of passenger cars to run on gas or ethanol by one month, until 31 December 2021.

The temporary Purchase Subsidy Act entered into force on 1 January 2018. An appropriation of EUR 24 million has been budgeted for passenger car purchase and conversion subsidies for 2018–2021. However, by 13 September 2021, approximately EUR 13 million of the appropriation remained unclaimed. A buyer or long-term lessee of a new electric car can receive EUR 2,000 in central government purchase subsidy. The conversion subsidy is EUR 1,000 for converting a petrol or diesel car to run on gas and EUR 200 for converting it to ethanol.

A referral debate will be held on the proposal now submitted by the Government to Parliament. The timetable for the debate will be listed on Parliament’s website (upcoming plenary sessions). After the referral debate, the proposal will be sent to a Parliamentary Committee. The proposed act is due to enter into force on 1 December 2021 and is part of the implementation of the roadmap for fossil-free transport.

In addition, the Ministry of Transport and Communications is preparing a second government proposal to continue the current purchase and conversion subsidies. This legislative project is also preparing new subsidies for the purchase of electric and gas-powered vans and electric trucks. The deadline for comments on the proposal is 10 October 2021. The proposal is expected to be discussed in connection with amendments to the budget proposal for 2022 in late 2021.