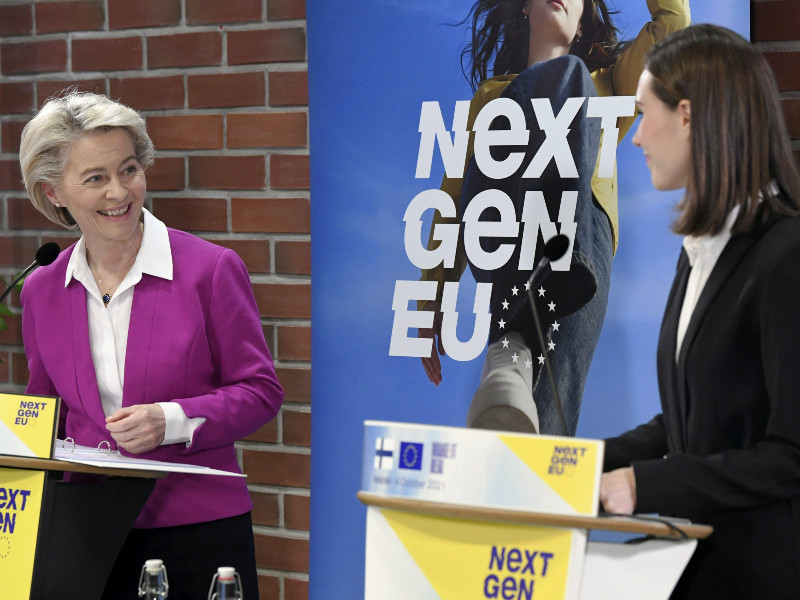 THE GROSS DOMESTIC PRODUCT of Finland will grow by 0.4–0.6 per cent annually for the next five years as a consequence of the national recovery and resilience plan, estimates the European Commission.

The growth boost provided by the plan is expected to create 8,000 new jobs until 2026, Helsingin Sanomat wrote on Monday.

Officials at the European Commission estimated that some of the growth will be attributable to the coinciding nature of stimulus efforts across the 27-country bloc, benefiting export-driven countries such as Finland.

The European Commission on Monday approved the Finnish recovery and resilience plan, recommending that the plan be approved also by the European Council. The plan will be on the agenda of the council on 28 October.

The approval would trigger the disbursal of the first, 13-per-cent tranche of the of the 2.1 billion euros in stimulus funding earmarked for Finland. The total allocated for the country is equal to roughly 0.9 per cent of the gross domestic product, a proportion that is among the lowest in the European Union.

Helsingin Sanomat highlighted that the officials described the plan as “one of the best” they have reviewed, especially in regards to the green transition.

Finland has allocated roughly a half of its receipts to a variety of measures to combat the climate emergency. The impact of the plan, the officials observed, is augmented by the fact that the measures are directed at the largest sources of emissions: heating, industry, energy production and transport.

Member states were instructed to allocate at least 37 per cent of their share for the green transition and 20 per cent for digitalisation.

The European Commission will continue to disburse funds from the recovery and resilience facility gradually as member states complete the reforms they have laid down in their plans. The Finnish plan consists of 57 measures, 18 of which have been classified as reforms and 39 as investments. These measures, in turn, entail a total of 140 interim and final targets, the meeting of which is monitored by the European Commission.

One of the targets, for example, is to increase the capacity of employment services in a way that enables them to conduct two million interviews of job applicants a year as of 2023, a total that is twice as high as the number of interviews conducted before the coronavirus pandemic.