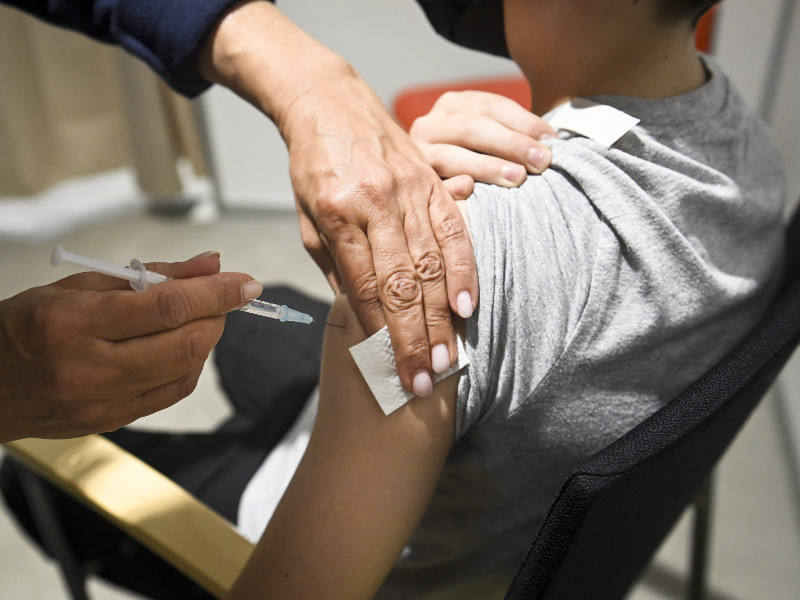 A 12-year-old boy received a dose of the Pfizer-Biontech Covid-19 vaccine in Espoo on Friday, 24 September 2021. (Emmi Korhonen – Lehtikuva)

A CLEAR MAJORITY of Finns do not approve of people who refuse to get vaccinated against the coronavirus on principle, finds a poll by Helsingin Sanomat.

Almost two-thirds (63%) of the poll respondents viewed that refusing to get vaccinated on principle was unacceptable and over one-quarter (27%) that doing so was acceptable. Understanding for the decision was limited especially among older respondents, with over 80 per cent of over 70-year-olds saying refusing on principle is unacceptable.

Roughly a half of under 30-year-olds estimated that it is acceptable and 41 per cent that it is unacceptable to turn down the vaccine on principle.

Attitudes toward people who refuse the shot for other than medical reasons were strict also among higher-income people, with 76 per cent of upper-middle-class respondents and 73 per cent of respondents with higher education qualifications expressing their disapproval of the refusal. While the share was lower among people with primary education qualifications and working-class background, it stood at over 50 per cent also among this group of respondents.

Supporters of the Finns Party were the only group of respondents by party identification who gave a majority backing for the refusal: 55 per cent of them said it is acceptable and 45 per cent it is unacceptable.

A noteworthy share of respondents also expressed their support for making the vaccination mandatory, according to Helsingin Sanomat.

More than one-third of respondents said the vaccination should be mandatory for everyone over the age of 12 who is medically able to have it. Over a quarter viewed that the vaccination should be mandatory for care and nursing professionals, as well as people working with people vulnerable to the virus. Nearly a quarter said they would obligate people who inevitably come into contact with others at work to have the vaccine.

About a quarter of respondents contrastively told that they would not make the vaccination mandatory in any of the said scenarios.