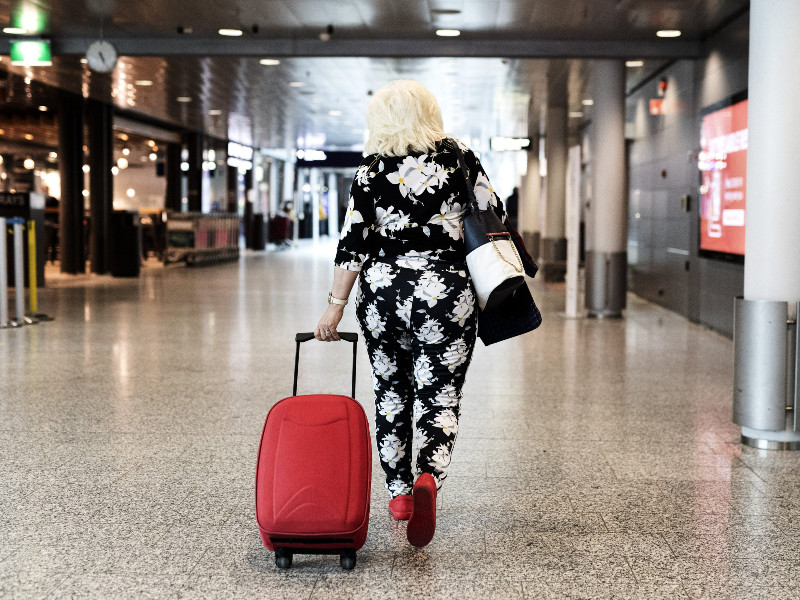 A passenger at Helsinki Airport on 4 August 2021. (Roni Rekomaa – Lehtikuva)

THE FINNISH tourism industry has expressed its disappointment with a government proposal to uphold the current entry restrictions until the end of 2021.

“We were expecting the government to start relaxing and tearing down the restrictions. With the vaccination coverage already so good, the situation should’ve been changed, but this was a big disappointment,” Sanna Kärkkäinen, the managing director of Visit Rovaniemi, stated to YLE on Wednesday.

Nina Forsell, the executive director of Finnish Lapland Tourist Board (LME), shared the disappointment, reminding that the vaccination coverage has crept up also in Lapland.

“We’d have solid immunity against the risks here. There should be no risks to public health or the health care capacity even if no special restrictions were in place any more,” she commented to the public broadcasting company.

Forsell viewed that the restrictions should be lifted completely.

“If we’re tearing down restrictions in other sectors of society when the vaccination coverage reaches 80 per cent, it should also apply to travel restrictions,” she stated. “If there were no restrictions, it’d mean we’d rely on normal entry regulations, meaning there’d be certain kinds of border controls for people from coming outside the EU and EEA. But nothing else.”

The rationale for the proposal to extend the restrictions has been questioned also within the Finnish Institute for Health and Welfare (THL).

“The thinking here seems to be that [extending the restrictions] is a way to prevent a possible new variant from spreading into Finland,” analysed Mika Salminen, the head of health security at THL. “But it’s a fact that it hasn’t been prevented anywhere else and all previous variants have found their way to Finland.”

Salminen on Sunday told YLE that exposures to the virus, regardless of whether or not the carrier contracted it overseas, would not lead to widespread infections if the targeted vaccination coverage of 80 per cent is achieved. The vaccines in use in the country, he added, provide solid protection against serious forms of the disease irrespective of the variant.