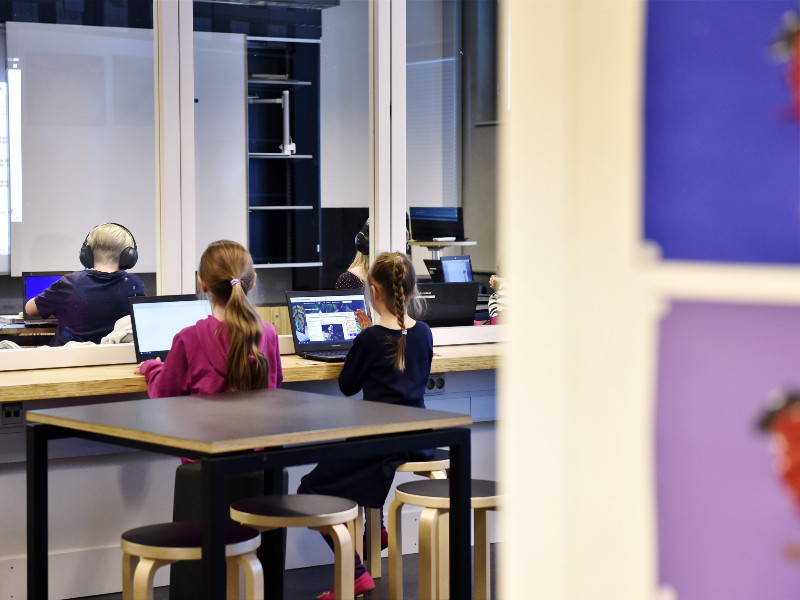 Only five European countries, including Finland, registered a drop in education spending per student in 2012–2018, according to the OECD. (Emmi Korhonen – Lehtikuva)

FINLAND is one of only a handful of countries to reduce spending on education per student between 2012 and 2018, reveals a report published by the Organisation for Economic Co-operation and Development (OECD).

While in the OECD per-student spending rose by an average of 1.6 per cent a year over the seven-year period, it fell by about one per cent in Finland, according to Helsingin Sanomat.

The numbers are presented in Education at a Glance, a report published annually by the OECD. The latest iteration of the report focuses especially on equity in education, highlighting that gender continues to correlate strongly with educational choices across the member states, including Finland.

More than gender, though, the socioeconomic status of parents was found to influence the choice between general upper secondary and vocational education in Finland. Regional variation in education levels was contrastively low in the country.

Spending on higher education did not increase quite at the same clip, rising by an average of 0.7 per cent in the OECD in 2012–2018. Finland, however, continued to stand out with an annual drop of 2.4 per cent in spending per student.

Estonia, for example, increased higher education spending by 10 per cent, but fell short of the roughly 14,000 spent per student in Finland.

The OECD reminded in the report that per-student education costs are a sum of several items, such as teacher wages and pensions, student numbers and amount of instruction, the school-leaving age, and the cost of learning materials and facilities.

Spending in Finland is relatively high on, for example, students in the last years of basic education because of small group sizes: an average of nine compared to 13 in the OECD. The country has also invested more than the average in student welfare services in basic and upper secondary education, with health care, school lunches and school transport making up 10 per cent of the per-student spending.

The OECD average stood at four per cent.

The Trade Union of Education (OAJ) argued to Helsingin Sanomat that the situation will become unsustainable if education spending continues to decline while the share of non-instruction costs rises as a consequence of the effort to guarantee free upper-secondary education to everyone.

“Finland’s comparable countries will at this rate leave the country in their dust,” said Jaakko Salo, the director of educational policy at OAJ.

He reminded that the government has adopted objectives such as improving learning achievements and raising the overall education level to the extent that at least half of age groups complete a higher education degree.

“They had 10 years to cut education spending,” he told, adding that the cuts amounted to roughly two billion euros between 2012 and 2019. Reforms have additionally been carried out without sufficient funding and postponed, despite their necessity, to create cost savings.

Minister of Education Li Andersson (LA) described the conclusions of the report as chilling.

“Expertise is literally a livelihood for a country like Finland. The education cuts made by the previous government weren’t smart policy making no matter the metric used,” she wrote in an e-mail to Helsingin Sanomat. “We’ve managed to reverse the flow this electoral term. We’re once again investing in education, science and expertise.”