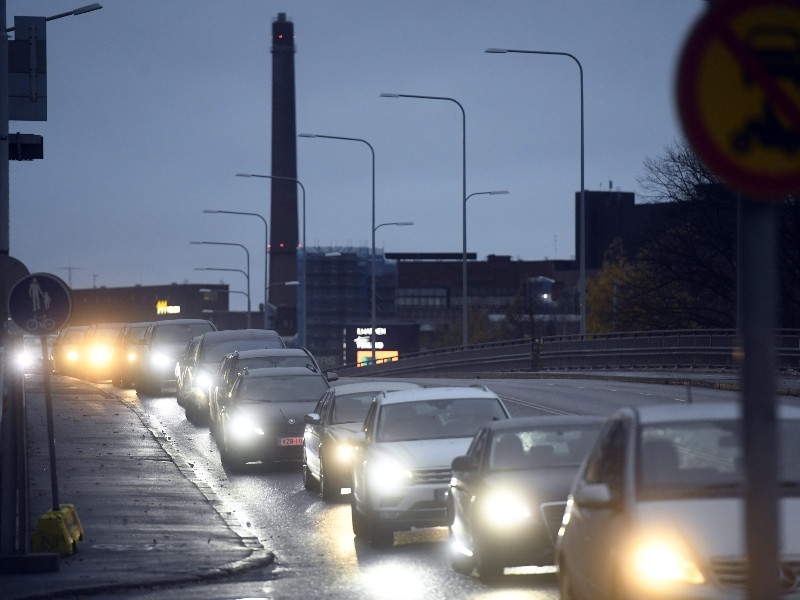 Morning road traffic in Helsinki on 22 October 2019. Etla Economic Research is forecasting that emissions from private road traffic will decrease by 81 per cent – and probably even more – between 2005 and 2045. (Vesa Moilanen – Lehtikuva)

ETLA ECONOMIC Research is forecasting that greenhouse gas emissions from private road traffic will decline almost 50 per cent between 2005 and 2030, supporting the government-adopted goal of becoming carbon neutral by 2035.

The Finnish government has adopted the objective of halving emissions from road traffic between 2005 and 2030 and eliminating them entirely by 2045.

Etla on Wednesday published scenarios indicating that emissions from household transport, namely road vehicles, will plunge by roughly 45 per cent between 2005 and 2030 and by 81 per cent between 2005 and 2045. The outlook for private road traffic emissions, it said, has changed significantly in recent years as a consequence of a sharp increase in the share of electric cars of new vehicle registrations.

“One factor to take into account here is that the average age of combustion-engine cars will be notably high in 2045 and they will be driven less than new cars. The actual emission reductions will likely be greater than 81 per cent,” pointed out Ville Kaitila, a researcher at Etla.

Political decisions, the research institute stressed, are nevertheless required to encourage households to switch to low-emissions cars and ensure the number of charge points is sufficient for plug-in vehicles.

Decision-makers could influence the decisions of consumers by, for example, steepening the progression in the carbon-dioxide component of the car and vehicle taxes.