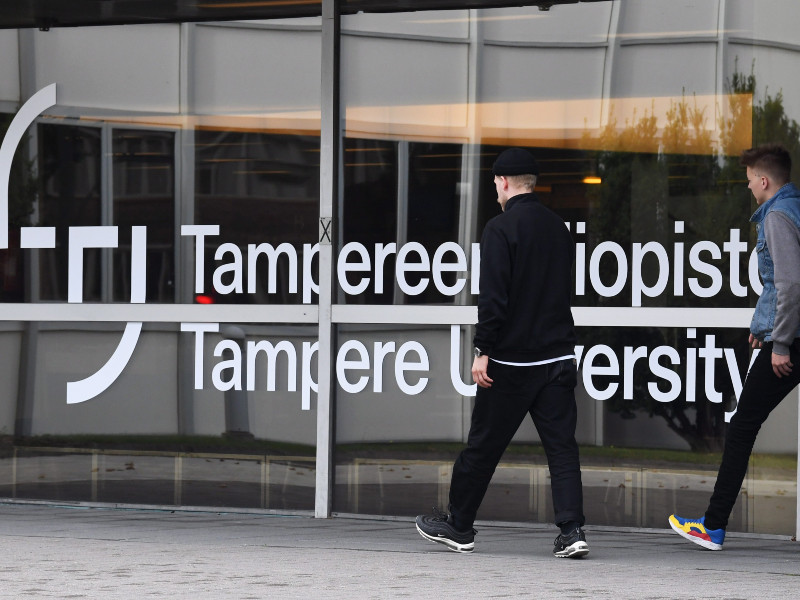 Students walking on the campus of Tampere University in Tampere on 4 September 2021. (Jussi Nukari – Lehtikuva)

TAMPERE UNIVERSITY on Monday announced it will launch consultative negotiations with staff members with a view to reducing 215 man-years in support functions and generating annual cost savings of 14 million euros.

The reductions are to be realised not only through lay-offs, but also through outsourcings.

Tampere University stated that it is planning on outsourcing certain financial services, payroll and fee services, travel management services and accounts receivable management services to Certia as of 2022. Roughly 40 staff members would be transferred to Certia, a service provider owned by Finnish universities with offices in Joensuu and Vaasa.

Research and teaching staff will thus be unaffected by the negotiations, which are to begin next week.

Mari Walls, the rector at Tampere University, on Monday stated to YLE that the objective of the streamlining effort is to create a flatter organisation and more flexible positions.

The public broadcasting company also revealed that employee representatives were notified of the process by e-mail.

“The news came as a complete surprise. It’s astonishing that you had to read about this in an e-mail,” said Jorma Viikki, the chief shop steward at Tampere University. “I don’t know how we’ll be able to run Tampere University. This is about as shocking a number as it could’ve been right now,” he added, commenting on the extent of the planned redundancies.

Walls stated at the opening ceremony of the academic year roughly a week ago that the university must take action to balance its finances, having reported a deficit since the merger of the University of Tampere and Tampere University of Technology in 2019.

With Tampere University seeing a decline in its basic funding and exhausting the funding granted for the merger, it had no choice but to address its largest expense item – human resources – to adapt to the situation.