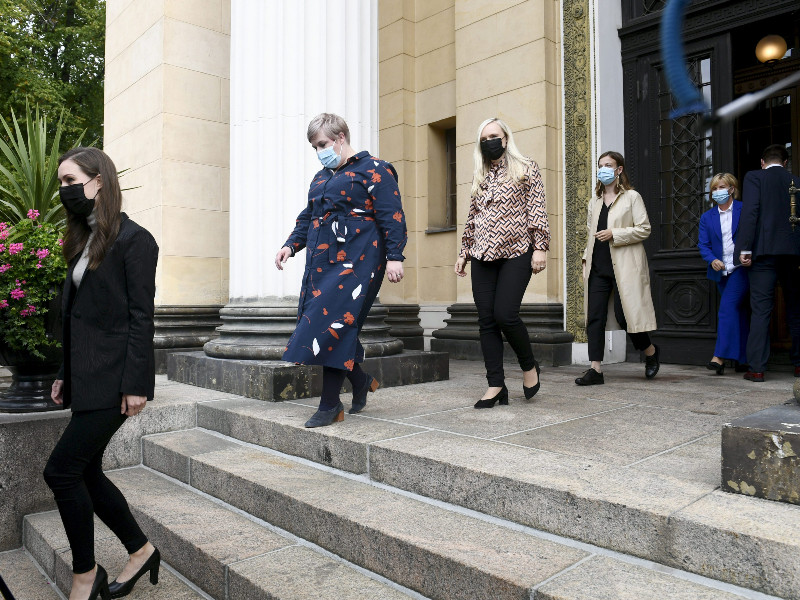 THE GOVERNMENT of Prime Minister Sanna Marin (SDP) has finalised its budget draft for next year after settling its differences over the actions required to achieve carbon neutrality by 2035.

The climate actions had created friction especially between the Centre and Green League. The differences were settled by adopting a backstop that obliges the government to decide on additional emission reductions no later than next spring if it is determined that the existing measures are insufficient.

The budget draft shows a deficit of 6.9 billion euros, signalling an increase of 200 million euros from the proposal tabled last month by the Ministry of Finance.

Minister of Finance Annika Saarikko (Centre) told Helsingin Sanomat that the deficit is widening despite growing economic optimism due to two factors: the budget includes 900 million euros in advance funding for the well-being districts to be created as part of the social and health care reform and expenditures linked to the recovery package of the EU.

The deficit, she added, could be wiped out by achieving an average annual growth rate of 2.2 per cent and an employment rate of 78 per cent.

The Finnish government also decided to introduce a mining tax and channel 60 per cent of its revenues to municipalities hosting mines. The tobacco tax will be raised over the next two years to generate revenues of 117 million euros, while an appreciation tax will be adopted to levy taxes also on profits from asset sales that occur while the owner is residing abroad.

Fully electric vehicles will be made exempt from the car tax but the base rate of the vehicle tax applied to them will be raised for cars coming under the tax ambit starting on 1 October. The tax credit for household expenses will be raised for renovations done to replace oil heating, allowing households to claim credit for 60 per cent, instead of 40, of expenses – up to 3,500 euros, instead of 2,250.

Preparatory work on a health-based tax will additionally be launched in Finland.

The Taxpayers Association of Finland on Thursday estimated that the budget will lead to a modest decline in income tax rates: earners making the national average of 3,578 euros a month will see their rate drop by 0.2 percentage points to 30.6 per cent, translating to a 90-euro bump in annual net income.

The government seeks to promote the immigration of skilled labour by streamlining the residence permit process. The fast lane to be set up promises to deliver decisions on the applications of special experts, startup entrepreneurs and their family members within 14 days of filing.

Students, meanwhile, are encouraged to work by raising the income limits laid down in student financial aid.

The government additionally decided to postpone its decision on measures to consolidate the public economy by 110 million euros until 15 February.

The funding injection for police is designed to guarantee police presence and visibility in sparsely populated regions, as well as secure the operational preconditions of the anti-human trafficking task force.