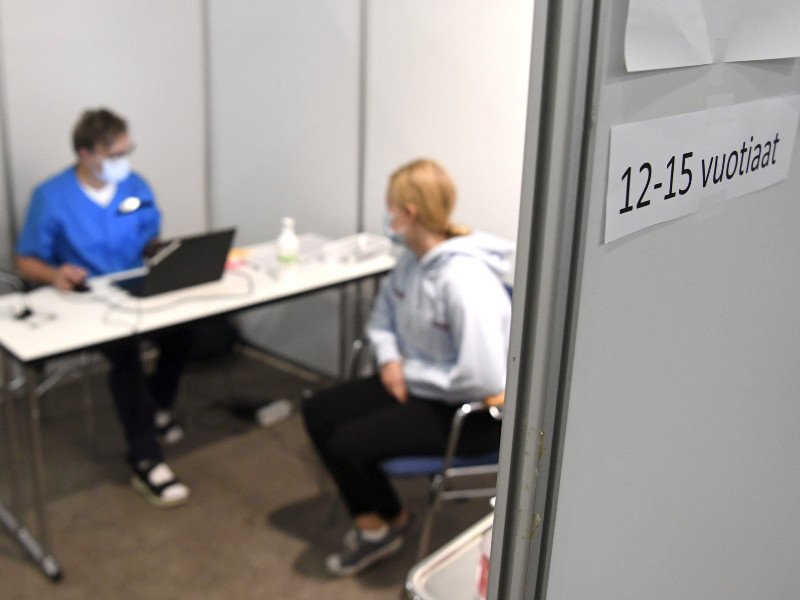 Vaccinations are the road to more normal life, states Markku Mäkijärvi of the Hospital District of Helsinki and Uusimaa (HUS). (Jussi Nukari – Lehtikuva)

THE OBJECTIVE of fully vaccinating 80 per cent of over 12-year-olds in the next five weeks is very ambitious, estimates Markku Mäkijärvi, the acting chief executive of the Hospital District of Helsinki and Uusimaa (HUS).

Mäkijärvi on Wednesday stated to YLE that the vaccinations are behind schedule among 20–39-year-olds and foreign-language speakers, for example.

“We’re currently approaching a vaccination coverage of 80 per cent when it comes to the first vaccine dose,” he said, adding that the government-adopted objective is not outright impossible but would require that the pace picks up notably.

“Now everything depends on how willing people are to get vaccinated.”

In Finland, 72 per cent of the population have received the first vaccine injection and over 50 per cent also the second. The vaccination coverage, however, is subject to noteworthy regional variation.

Mäkijärvi underscored that two vaccine injections offer solid protection against serious forms of the coronavirus disease, Covid-19. The unvaccinated account for the vast majority of people hospitalised with the disease.

Finns, he added, have traditionally had a positive attitude toward vaccines.

“This is the road toward more normal life, so you’d think that’ll be the case also now.”

The Finnish government unveiled its new strategy to manage the epidemic on Monday, saying it intends to lift the restrictions on social life and business activity once 80 per cent of over 12-year-olds have been fully vaccinated or had the opportunity to receive both vaccine injections. Prime Minister Sanna Marin (SDP) estimated that the target could be reached in mid-October.

An encouraging analysis of the epidemiological situation has recently been offered also by Mika Salminen, the head of health security at the Finnish Institute for Health and Welfare (THL).

Salminen told YLE on Saturday that Finland is in the final stretch of the effort to overcome the epidemic. The vaccination coverage, he added, is already so high that a return to strict restrictions appears unlikely.