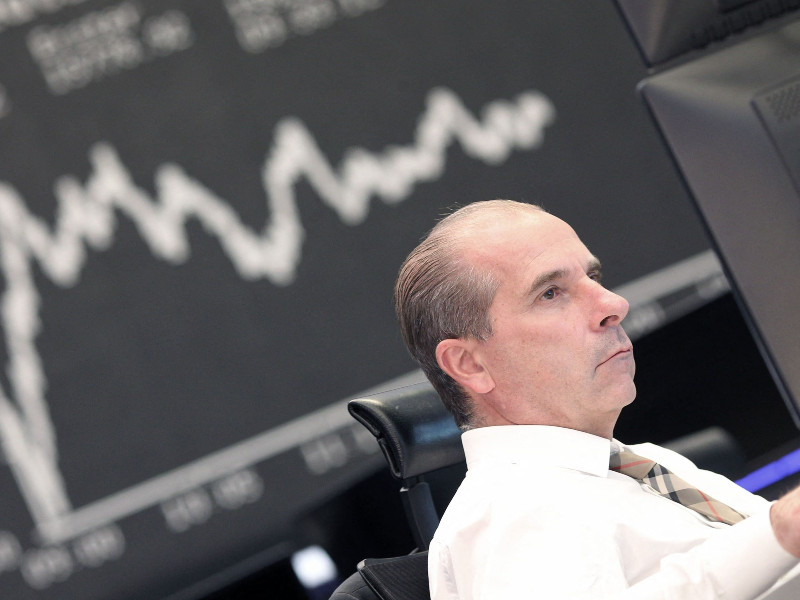 A trader working on the trading floor of the stock exchange in Frankfurt am Main, Germany, on 27 August 2021. Shares in Europe and the United States have yielded profits of 20–25 per cent so far this year, but the profits are expected to diminish in the next 12 months, views Danske Bank. (Daniel Roland – AFP/Lehtikuva)

STOCK-MARKET INVESTMENTS are unlikely to yield the kind of returns they have so far this year, according to Danske Bank.

Danske Bank on Tuesday estimates that stock-market investments will yield returns of 0–5 per cent in the coming year, representing a pronounced slowdown from the computational returns of 20–25 per cent witnessed so far this year in Europe and the United States.

The Nordic financial services provider advised that now is not the time for investors to add risk to their portfolio, as the normalisation of economic growth can inhibit the appreciation of shares.

“Economic growth has passed its peak rate. The growth received a significant boost in late spring and early summer, as the adoption of coronavirus vaccines made it possible to lift various restrictions. The unusually robust growth was temporary, as expected,” stated Tuukka Kemppainen, a senior strategist at Danske Bank.

Helsingin Sanomat highlighted that the financial services provider is not the only to hold such views. Reuters reported recently that nearly two-thirds of the over 100 analysts it surveyed were of the opinion that a correction – that is, a drop of at least 10 per cent from recent peak valuation – is probably by the end of the year.

Danske Bank reminded that while economic growth is expected to slow down, it is not expected to come to a complete halt.

“We will maintain a slight overweight in shares, meaning the proportion of shares in our portfolios will be slightly larger than we expect in the long term,” said Kemppainen. “But now is not the right time for investors to increase risk. We expect returns on shares to be 0–5 per cent in the coming 12 months, but we view that the risk of some kind of a stock-market decline has grown slightly.”