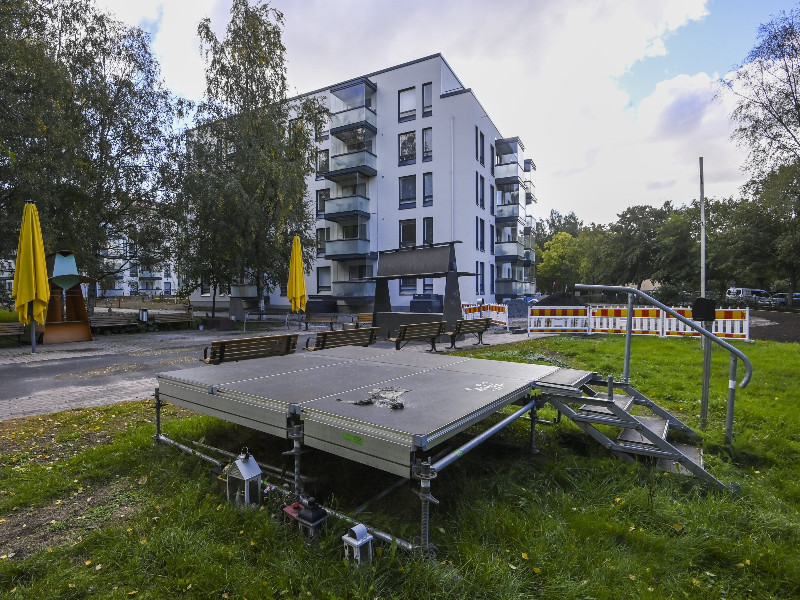 A photograph showing the scene of the murder on Friday, 3 September 2021. (Markku Ulander – Lehtikuva)

THE DISTRICT COURT of Helsinki has handed down prison sentences to three boys born in 2004 for murdering a boy of the same age in Koskela, a northern neighbourhood of the Finnish capital, on 4 December 2020, reports Helsingin Sanomat.

The pre-trial investigation into the much-discussed murder revealed that the homicide was the culmination of long-running violent bullying.

The prosecution was demanding that all three defendants be sentenced to more than nine years in prison, but the court decided on slightly more lenient sentences, citing the young age of the offenders and relative lack of premeditation in the act as mitigating factors.

The District Court of Helsinki stated in its ruling that all three defendants should have been able to recognise that the victim will likely die as a consequence of their actions. They acted in mutual understanding, thus deliberately killing the victim collaboratively.

The homicide was considered particularly cruel because, for instance, it was committed against a completely defenceless person. The victim did not succumb to his injuries until a couple of hours after he had been left lying on the ground half-naked with the temperature close to the freezing point.

“The use of violence lasted for several hours and the acts of violence carried out against [the victim] must have caused him pain and agony,” the ruling reads.

“There were three offenders. The violence lasted for more than three hours. The violent acts were committed in three locations, the last of which the victim was carried to. Instruments were used to carry out the act. The offence is therefore aggravated when examined as a whole.”

The District Court of Helsinki also issued a ruling on several acts of violence and a robbery that had occurred before the homicide, sentencing another boy born in 2004 to a suspended prison term of 60 days for a robbery that had taken place in August 2020.