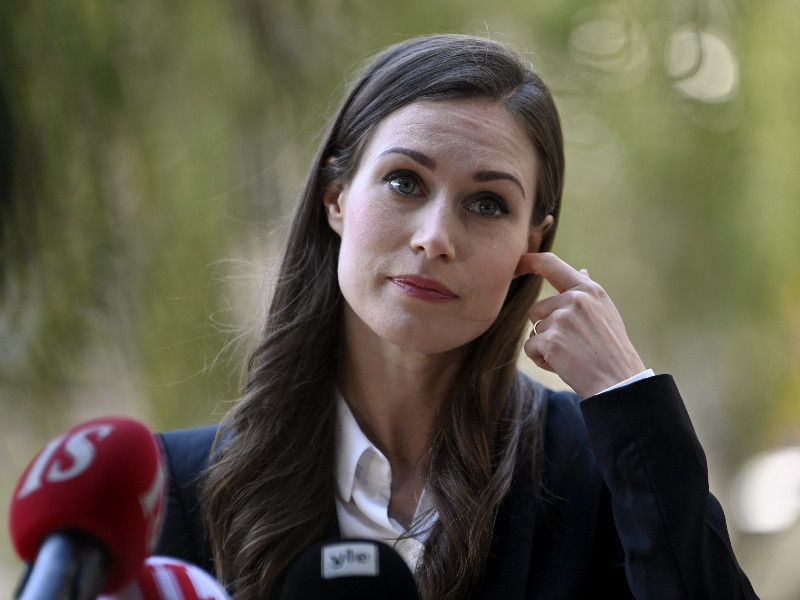 Prime Minister Sanna Marin (SDP) spoke to reporters before the government sat down to discuss its coronavirus strategy at the House of the Estates in Helsinki on Thursday, 2 September 2021. (Emmi Korhonen – Lehtikuva)

PRIME MINISTER Sanna Marin (SDP) on Thursday confirmed that the government is intent on updating its coronavirus strategy to reflect the changes in the epidemiological situation that have taken place since the strategy was adopted.

The government met yesterday to discuss the strategy at the House of the Estates in Helsinki.

“Our future objective is to keep the society open to the largest possible extent with the help of vaccinations and simultaneously make sure there’s as little economic, health and social damage as possible,” the premier was quoted as saying on the steps of the House of the Estates by Helsingin Sanomat.

Marin outlined that the government should do away with the restrictions necessitated by the pandemic once more than 80 per cent of over 12-year-olds have been fully vaccinated. Local authorities, she explained, would thereby be able to transition toward combating infection clusters on a very local level.

The necessary vaccine coverage should be achieved in October, according to Marin.

The most pressing issue on the agenda of the meeting was amending the communicable diseases act to do away with the definition of a safe distance of two metres, an amendment that would enable the organisation of events with low transmission risks in a health-secure way also in areas where the virus is spreading.

Marin said yesterday afternoon she hopes a decision on the amendment is made as soon as possible to alleviate the situation in the culture, events and sports sectors.

She added later yesterday, though, that the preparatory work on doing away with the stipulation has yet been completed, saying the issue is presently examined by the Chancellor of Justice. The government is expected to approve the amendments no later than on Monday, on the eve of the autumn term in the Finnish Parliament.

“I think it’s important that the Parliament gets to consider this immediately. We’re talking simply about preparatory work. The feedback from the hearings will be reviewed thoroughly,” she told.