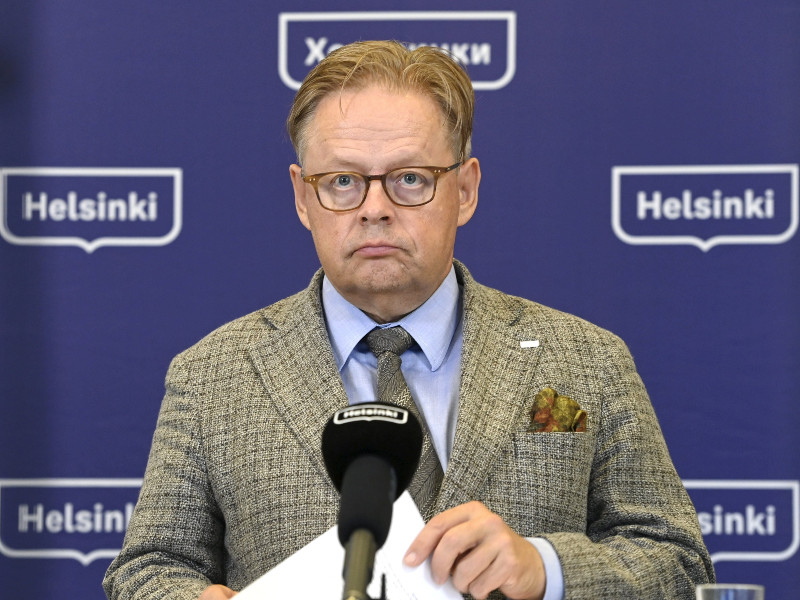 Mayor of Helsinki Juhana Vartiainen (NCP) spoke to reporters about the coronavirus situation in Helsinki on 12 August 2021. (Heikki Saukkomaa – Lehtikuva)

MAYOR of Helsinki Juhana Vartiainen (NCP) does not mince his words in characterising the efforts of the capital region and entire country to attract sought-after international experts.

“It’s a miserable failure by Finland,” he declared to Helsingin Sanomat on Saturday. “It has sunk in very gradually to the political consciousness that we need employment-based immigration in the first place.”

Helsingin Sanomat wrote earlier last week about four international experts who have completed a master’s or doctoral degree programme in Finland, but moved to work back to their home country of Taiwan or other parts of Europe. They are presently working in cutting-edge fields such as artificial intelligence and mobile communication systems.

Finnish language was one of several reasons cited by the quartet, along with low wages, the challenge of finding employment for their partners and difficulties creating a connection with Finns. Hannu Karhunen, a senior researcher at the Labour Institute for Economic Research, added to the newspaper that foreign experts are choosing to leave also on grounds of difficulties linked to student residence permits.

Yet another hurdle is that, especially in the public sector, highly educated immigrants are required to have good command of not only Finnish, but also Swedish.

Vartiainen on Saturday told Helsingin Sanomat that the underlying issues linked to international recruitment – such as high tax rates, immigration procedures, labour market regulation and the universally binding nature of collective bargaining agreements – must be tackled at the national level.

Free education coupled with high taxation, he pointed out, is prone to encourage foreigners to earn a degree in the country but move to work in a country with a smaller tax burden.

Helsinki could encourage highly educated immigrants to stay by, for example, increasing the availability of English-language basic education and early-childhood education, according to Vartiainen. The capital has already launched campaigns to support the partners of international experts and international recruitment in general.

He added that he is personally also open to the idea of the city not requiring its workers to have Swedish skills.

“Helsinki could declare itself as an English-language city where people with English skills wouldn’t be required to have Finnish or Swedish skills,” he said, adding that he recognises the sensitive nature of the idea in Finland.

“When I applied to become the director of VATT Institute for Economic Research after my stint in Sweden, I was asked to present my matriculation certificate as proof of sufficient Finnish skills,” he told.

New recruitment opportunities may also arise from future risks, according to Vartiainen.

“The floods and heatwaves caused by climate change, as well as terrorism to some extent, can make the small, safe and nature-oriented Finland an interesting place for experts. This would also benefit Helsinki,” he said.