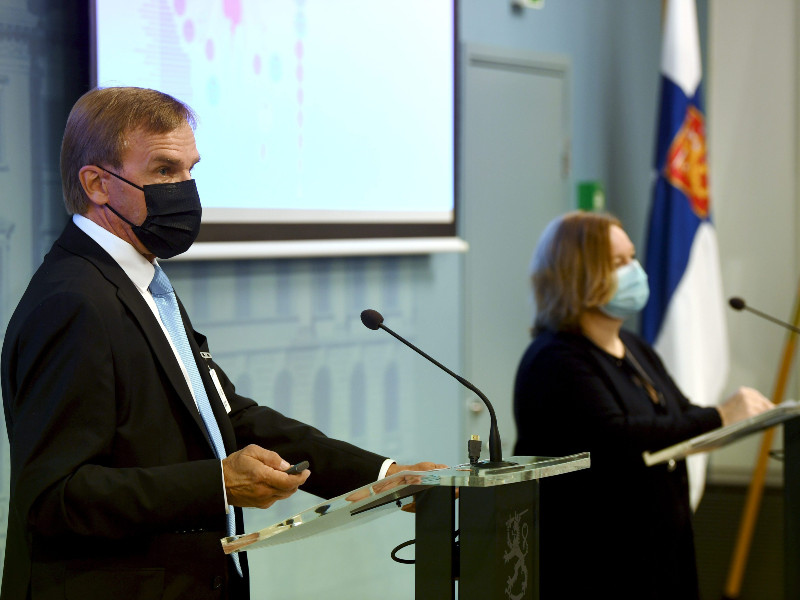 THE POST-ACUTE SEQUELAE of Covid-19, also known as long Covid, is probably already affecting tens of thousands of people in Finland, estimates Risto O. Roine, a professor of neurology at the University of Turku.

Thousands of them may be afflicted by symptoms that have reduced their ability to function and work, he was quoted as saying on Wednesday by Helsingin Sanomat.

Roine commented on the issue at a press conference held by the Ministry of Social Affairs and Health. He has been appointed as the chairperson of a working group set up by the ministry to monitor and analyse information and research data on long Covid, a disease that presently has no universally accepted definition.

The working group will be tasked with forming an understanding of the nature of the disease, how it should be diagnosed, treated and rehabilitated, and how the treatment should be organised in Finland.

Its conclusions may also be used in political decision-making.

“That’s why we have to take a moment and assess what long Covid actually means for Finland. It’s clear it’ll place a burden on health care in the future.”

No exact data is yet available on the number of people afflicted with the nagging disease. Research, however, shows that a minimum of 10 per cent of people infected by the coronavirus will experience long-term symptoms, suggesting that about 12,000 people may have developed long Covid in Finland.

“In reality, the number of infected people is definitely higher than the number of diagnosed cases. The total number of people who have experienced long-term symptoms is surely in the tens of thousands,” estimated Roine.

“The ability to function has definitely not been limited severely for everyone of them,” he added. “We probably have a few thousand patients who have clear limitations in ability to function linked to long Covid. That’s unfortunately only an estimate. This information will be clarified later.”

The threat posed by the new disease has been recognised around the world. American and British health authorities have both described it as one of the most significant threats to the health of the working-age population.