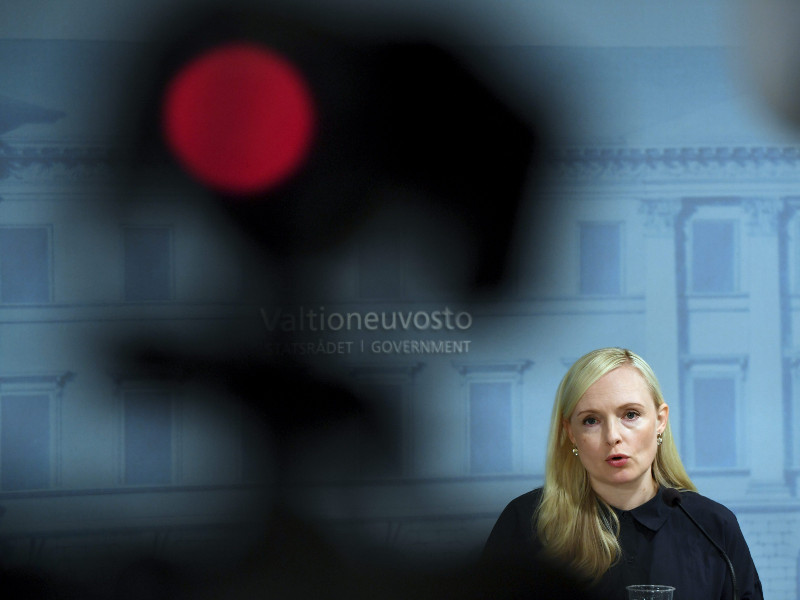 Minister of the Interior Maria Ohisalo (Greens) spoke about the ongoing evacuations from Afghanistan at a press conference in Helsinki on Monday, 23 August 2021. (Antti Aimo-Koivisto – Lehtikuva)

PEOPLE evacuated to Finland from Afghanistan will not be channelled into the regular asylum procedure, but they will receive residence permits for four years, reveals Minister of the Interior Maria Ohisalo (Greens).

“The solution is incorporated into a collective ruling made by the government that the situation in Afghanistan is fully exceptional,” she was quoted as saying at a press conference held by the Ministry of the Interior and Finnish Immigration Service (Migri) by Helsingin Sanomat.

“The government together concluded that it’s up to us to help the people who have worked for Finland.”

Jari Kähkönen, the director general of Migri, clarified that the residence permits will be granted on humanitarian grounds, under section 93 of the aliens act.

A total of 102 people arrived from Kabul via Tbilisi, Georgia, to Finland on Monday. The ages of the arrivals vary significantly, with the youngest of them being small children, but the group is not believed to have included any unaccompanied minors, according to Kähkönen.

Organised by Finland, the flight was part of an evacuation effort coordinated by the European Civil Protection Mechanism. While Finland has also offered other member states to take advantage of its flights for the evacuations, most of the arrivals yesterday were either Finnish nationals or people who themselves or whose family member had worked for Finland in Afghanistan, told Ohisalo.

She cited privacy protection in declining to comment on the work duties of the people in Afghanistan.

The arrivals will be transported to reception centres in different but undisclosed parts of Finland. They also have the opportunity to stay with relatives and wait for the completion of the permit procedures.

“In practice, the process is that once the people are in the reception centres, they won’t be subjected to an asylum interview but the permits will be granted based on a government decision,” told Kähkönen.