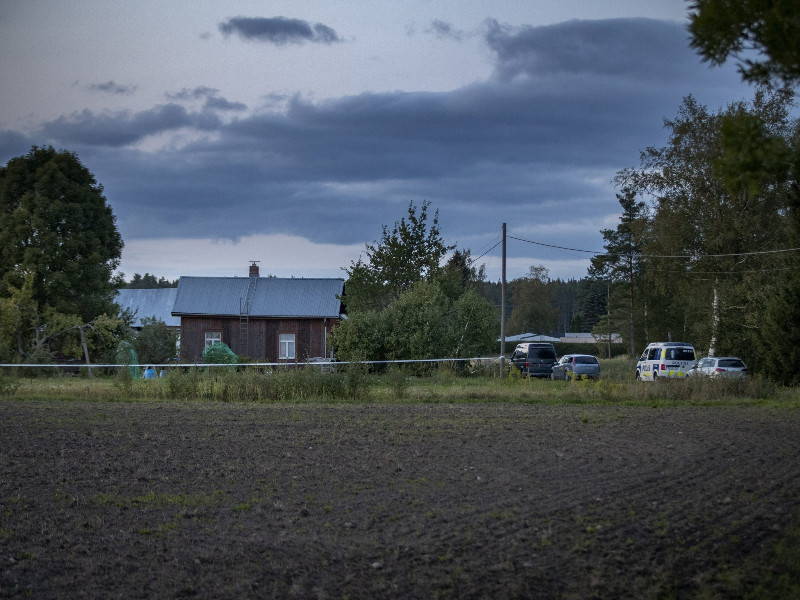 A civilian died and a police officer was injured in a shooting that occurred during a domestic call in Rusko, Southwest Finland, on Monday, 23 August 2021. (Roni Lehti – Lehtikuva)

A POLICE OFFICER was shot during a domestic call in Rusko, a roughly 6,500-resident municipality some 10 kilometres north of Turku in South-west Finland, on Monday.

South-west Finland Police Department stated in a press release shortly before 1am that both the target of the operation and a police officer used a firearm in the incident, with the target succumbing to his injuries later in hospital.

The officer, in turn, remains in hospital care for non-life-threatening injuries.

South-west Finland Police Department received the domestic call at about 7pm on Monday. The shots were fired in the doorway of the building, but the incident posed no threat to outsiders, according to an earlier press release.

Police cordoned off the scene and carried out forensic investigations into the wee hours of Tuesday.

The pre-trial investigation into attempted murder will be suspended on grounds of the suspect being  dead. The National Bureau of Investigation (KRP) will continue to look into the incident, but it cannot shed any further light on the details until an inquiry into the use of firearm by police has been wrapped up by a district prosecutor.

Turun Sanomat on Monday wrote, citing eyewitness reports, that several police patrols were involved in the operation. Also an ambulance helicopter and several first-response units were sighted at the cordoned-off scene.

Minister of the Interior Maria Ohisalo (Greens) commented on the incident briefly on Twitter. “Police are safeguarding the daily lives of all of us, at all times. In the worst scenarios, it may mean endangering their own safety. All the strength and support to the field,” she wrote.