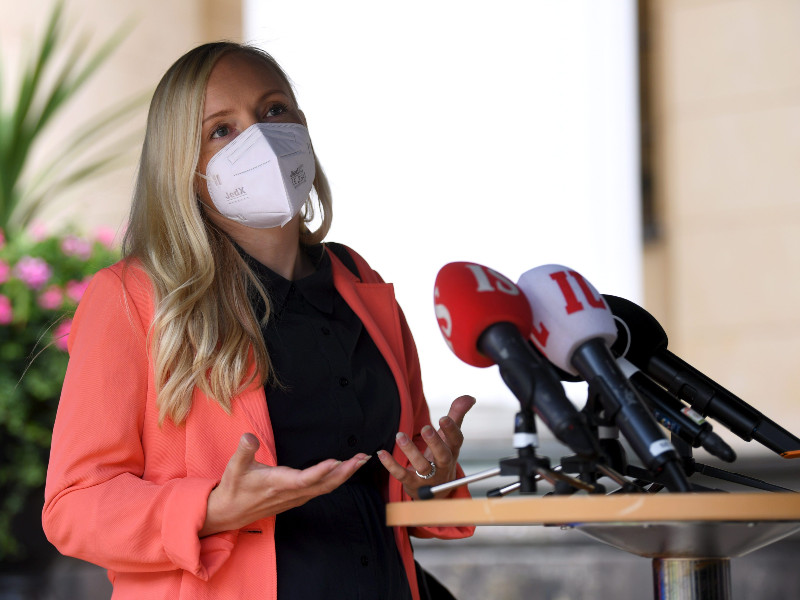 Minister of the Interior Maria Ohisalo (Greens) spoke to reporters outside the House of the Estates in Helsinki on 12 August 2021. (Antti Aimo-Koivisto – Lehtikuva)

FINLAND should almost double its refugee quota from 1,050 to 2,000 due to, for example, the eroding security situation in Afghanistan, Minister of the Interior Maria Ohisalo (Greens) stated on YLE Aamu on Thursday.

Ohisalo said the Ministry of the Interior will present the proposal to the government at the upcoming budget negotiations.

The motivation for raising the quota, she added, is that re-settling people directly from refugee camps through the refugee quota scheme is the most effective way to help people fleeing Afghanistan.

“There’s a risk that people will start moving, provided they’re able to leave,” she stated to the public broadcasting company.

Ohisalo discussed the acute situation, along with other migration-related issues, earlier this week with her counterparts from other parts of the European Union. “It’s clear that Europe will be seeing these people on the move, and that’s when every EU member state must be prepared,” she underscored.

The bloc, she estimated, is more prepared to welcome a high number of refugees than it was during the refugee crisis of 2015–2016. Its objective today is to take action earlier, anticipate developments and provide assistance also on site.

“We have to support people there as much as possible but also shoulder the responsibility if people seek to come here,” stated Ohisalo.