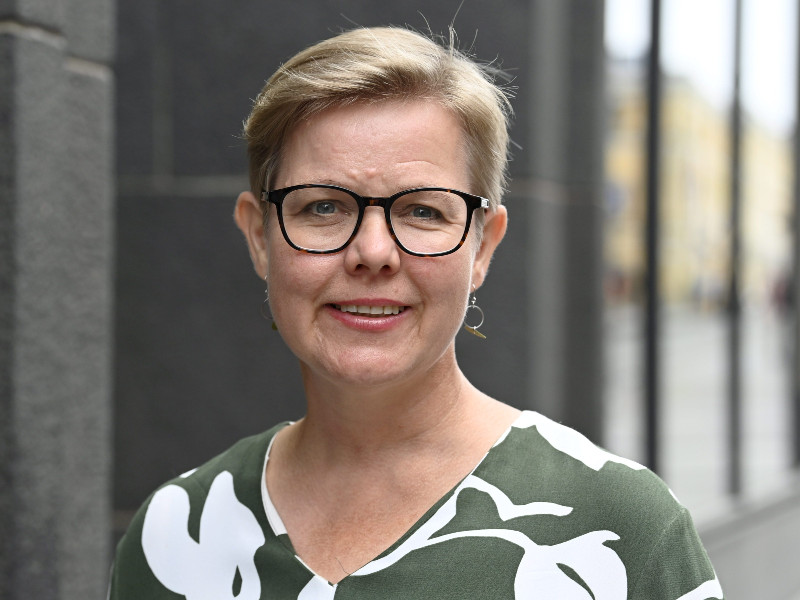 Krista Mikkonen (Greens), the Minister of Climate and the Environment, posed for a photo before the national release event of the sixth assessment report by the IPCC in Helsinki on Monday, 9 August 2021. (Jussi Nukari – Lehtikuva)

THE GRIM MESSAGE delivered on Monday by the Intergovernmental Panel on Climate Change (IPCC) can translate to opportunities for Finland, gauges Minister of Climate and the Environment Krista Mikkonen (Greens).

The IPCC on Monday stated in its long-anticipated report that the world must become carbon neutral by 2050 to limit global warming to 1.5°C, an objective laid down in the Paris Agreement.

Mikkonen told Helsingin Sanomat that Finland having a more ambitious objective – achieving carbon neutrality by 2035 – should be viewed as a positive, given the urgent and global need for solutions highlighted by the report.

“Our status as a trailblazer gives our companies a big opportunity to export their solutions to all parts of the world. By fighting climate change, we can bring jobs and export revenue to Finland,” she declared.

The report is the first of three publications under the sixth so-called assessment report by the IPCC. It presents views of the scientific community on the current state and future of the climate, representing the “most up-to-date physical understanding of the climate system and climate change, bringing together the latest advances in climate science, and combining multiple lines of evidence from paleoclimate, observations, process understanding and global and regional climate simulations”.

The other two publications are scheduled for release next year, casting light on the effects of climate change and means to mitigate warming, respectively.

“I think the climate report’s key message is that things are still in our own hands. We can still prevent the climate from warming more than 1.5 degrees,” said Mikkonen. “My view is that now it is high time to pull up our socks globally.”

Both the Green League and Left Alliance have framed the upcoming framework session as a climate session.

Helsingin Sanomat asked Mikkonen what kind of measures the government should introduce. “At this moment the emissions reductions are comprised of small individual actions, and those are needed in all sectors. There’s no one measure that we could turn to to make sure emissions drop to zero,” she replied.

She also identified some of the possibilities: offering incentives to agricultural procedures to operate in a more climate-friendly way, adjusting clearing fees for peat fields and cutting emissions from machinery.

“It’s clear that we need political decisions that steer the preparations forward already at this framework budget phase, even if the concrete preparatory work will go on also after that,” she acknowledged.

The IPCC report indicates that global warming could lead to, for example, more intense heatwaves, fewer snowy winters and increased flooding in Finland. Mikkonen stated to Helsingin Sanomat that the long heatwaves witnessed this summer should have waken up many to the risks associated with the climate emergency.

“It’s not an option to continue everything as is. But it’s an option that all of these detrimental impacts on human activity and rest of nature will intensify,” she said. “And that places a heavier burden also on the economy.”

The report reiterates that the coming decade will be critical in the fight against the climate emergency. The climate has warmed by about 1.1 degrees since the pre-industrial era, with the past decade being the warmest since the end of the ice age and each of the last four decades being successively warmer than any decade that preceded it since 1850.

Annalea Lohila, a researcher at the Finnish Meteorological Institute (FMI) and University of Helsinki, stated to Helsingin Sanomat that even if the global effort to reduce emissions succeeded, global warming will exceed 1.5°C in the 2030s.

“In order to reverse warming by the end of the century, we’ll need to get from zero emissions to negative emissions, meaning we have to sequester carbon from the atmosphere.”

“The newly published report indicates that the climate will warm by almost three degrees in scenarios where emissions reductions have already been carried out. We therefore don’t have any time to waste before acting.”