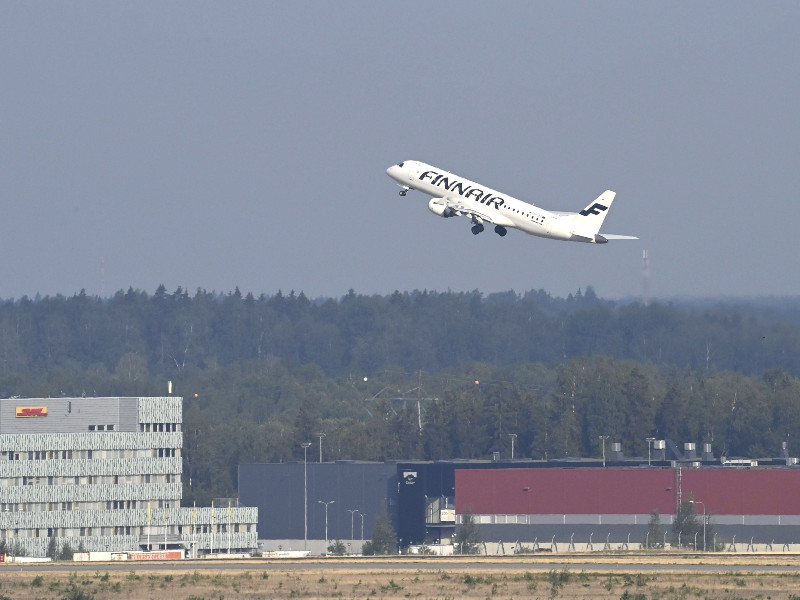 A Finnair aircraft taking off from Helsinki Airport on 15 July 2021. (Heikki Saukkomaa – Lehtikuva)

AIR TRAFFIC in Europe appears to have begun its recovery from the stoppage caused by the coronavirus pandemic, although relatively unevenly across the continent.

The European Organisation for the Safety of Air Navigation (Eurocontrol) has reported that airlines operated last week roughly 70 per cent of their pre-pandemic flights in Central Europe. Most of the flights were operated, often by low-cost carriers, in the airspaces of France, Italy and Spain.

The corresponding share stood at only 40 per cent in Finland, according to YLE.

In the United States, the number of passengers screened at airports has fluctuated between roughly 75 and 85 per cent in early August, reveals data published by the Transportation Security Administration (TSA).

Following the adoption of new entry rules, signs of recovery have nonetheless been detected also in Finland. Ryanair, the public broadcasting company wrote, has sold almost 90 per cent of seats on the first flights to Helsinki, Lappeenranta and Tampere. Finnair has similarly observed a rise in bookings for the near future, with demand for package tours particularly strong.

The Finnish state-owned carrier revealed there appears to be demand for flights scheduled for October and around Christmas. Some passengers, though, have demonstrated a readiness to wait until relatively closed to planned departure before making their booking.

“The solid progress made with vaccination coverage has had the biggest impact on demand. There’s demand for package tours, but also from individual airline customers,” Timo Kousa, the managing director of Aurinkomatkat, commented to YLE.

Flights to Asia are expected to take a little longer to recover, as restrictions on the continent continue to inhibit demand. Finnair is presently expecting the destinations to re-open for tourists next winter, meaning a few months after Europe.

“Demand for the winter has been unusually high, even compared to an ordinary year. Thailand is a good destinations in terms of sales, and people seem confident that they can get away for a winter holiday,” said Kousa.

Volumes in Finland are recovering at a relatively slow clip in part specifically because of the low number of long-haul flights departing from and arriving at Helsinki Airport. About 800,000 passengers passed through the airport between January and June.

The airport is also competing for passengers against other major airports in the region. Finnair, for example, has reported that it has received bookings for the direct flights it is set to commence from Stockholm to Bangkok, Miami and Phuket in October.