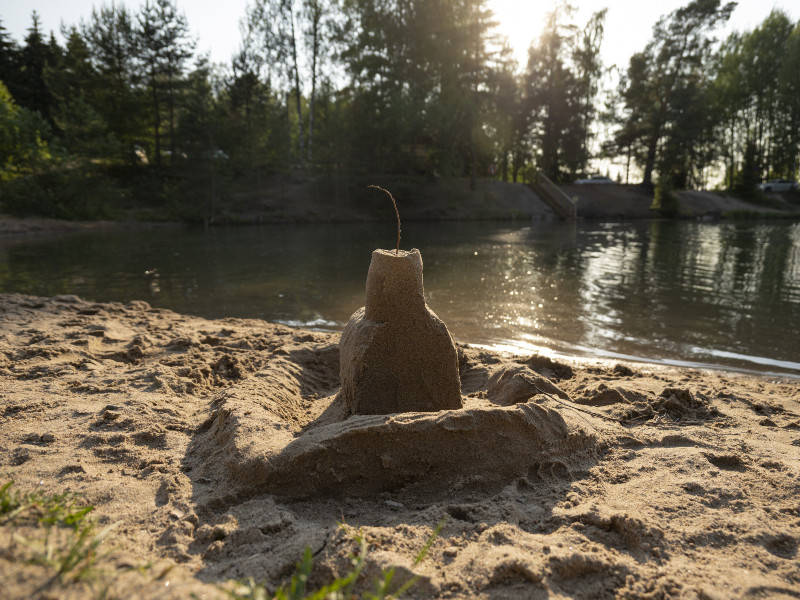 A nine-year-old child drowned at an open-air pool in Leppäkorpi, Vantaa, on 18 June 2021. (Seppo Samuli – Lehtikuva)

Its preliminary statistics indicate that 68 people have drowned in Finland in 2021. The number of drownings recorded last year was 113.

“In light of statistics, Finland is unfortunately close to leading Europe. Every year the families, friends and other loved ones of almost 150 people receive the sad news,” commented Kristiina Heinonen, the chief operating officer at SUH. “The number of drownings relative to population is higher than in most high-income countries.”

The World Health Organisation (WHO) has reported that an estimated 236,000 people drown accidentally around the world globally. Most of the drownings take place in low or medium-income countries and most of the victims under 30 years of age.

Drownings are common especially among under five-year-olds: it is the most common cause of death in the age cohort in, for example, China and the second most common in France and the United States, according to WHO.

In Finland, drownings are common also among the elderly.

SUH has previously expressed its concern also about the impact the coronavirus pandemic will have on the swimming skills of school-aged children. The availability of swimming teaching was low, if not completely non-existent, in some municipalities already before the pandemic, but the restrictions adopted to manage it have compounded the issue further.

“Relatively little resources are dedicated to preventing drownings and water-related accidents, even though they cause not only human suffering but also significant societal costs. We plead especially with local decision-makers that sufficient resources are earmarked for swimming teaching at schools and measures to support people with poor swimming skills when discussing budgets for the coming autumn,” said Heinonen.

Everyone in Finland, the federation underlined, should have the skills to both swim and rescue themselves and others from water.