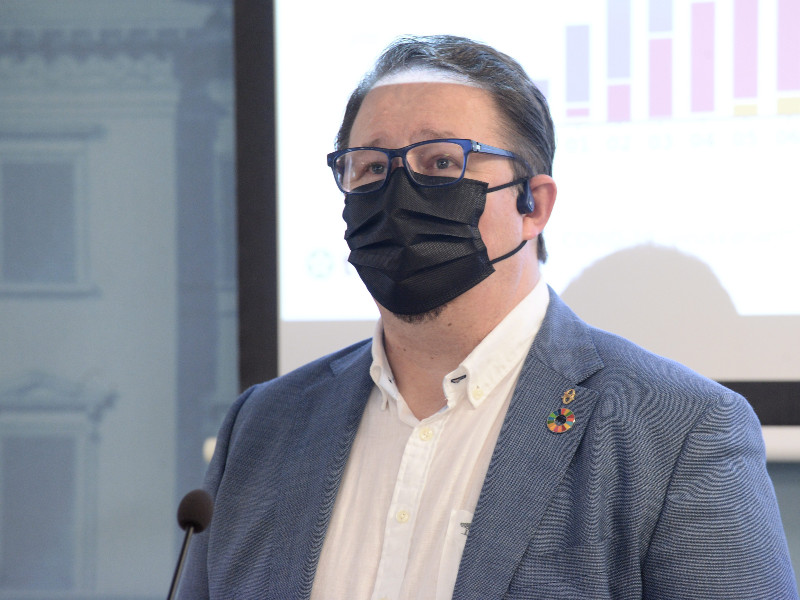 Mika Salminen, the head of health security at the Finnish Institute for Health and Welfare (THL), was photographed at a press conference in Helsinki on 17 June 2021. (Mikko Stig – Lehtikuva)

A SIGNIFICANT SHARE of Finns who have recently tested positive for the new coronavirus had received the first vaccine injection, Mika Salminen, the head of health security at the Finnish Institute for Health and Welfare (THL), stated on YLE Radio Suomi on Wednesday.

Almost two-thirds (65%) of the population have received the first and 32 per cent also the second injection.

Yet, the number of infections is on the rise. THL on Wednesday reported that as many as 664 new infections have been detected in the country, marking the second consecutive day with over 600 new infections.

Salminen reminded the public broadcasting company that although the first vaccine injection does not protect the recipient from contracting the virus, it does protect them against serious forms of the coronavirus disease, Covid-19.

“The vaccinated will make up more and more of those who get infected. A significant number of infections are presently being detected in people who have gotten the first vaccine dose,” he commented.

“We’re talking only about a few per cent, and it’s our understanding that no one has gotten the serious disease in Finland,” he added when asked about the share of people who contracted the virus after receiving both vaccine injections. “These cases focus on the higher age groups, where the immune response isn’t as strong as in young people.”

YLE on Wednesday reported that 14 infections have been detected among the staff and patients of an assisted-living facility in Lassila, a western neighbourhood of Helsinki. The majority of the infected had received both vaccine injections, with only two of the patients developing serious symptoms from the infection.

He underscored that there is no reason to be concerned about the efficacy of vaccines based on the incidence of infections among the vaccinated.

“The phenomenon is entirely expected because vaccines don’t prevent infections completely, but thanks to them people don’t get seriously sick. One injection isn’t enough, however, so please do get the second injection. After that, the protection will be as good as possible”

Salminen also conceded that it remains premature to talk about a return to normal, adding that the time for that particular debate should be when the serious disease risk is deemed to have decreased sufficiently.