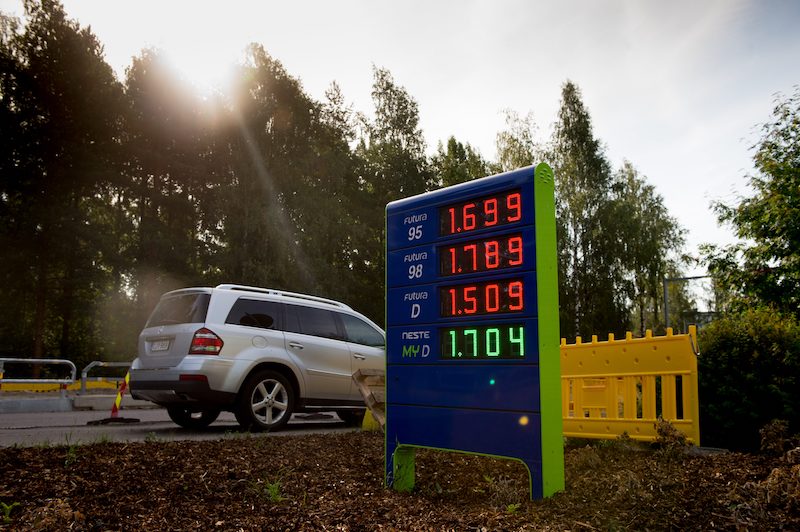 A transition to low-emission transport requires a comprehensive distribution network for alternative transport fuels. The EU is providing funding for the construction of the network during the second period of the Connecting Europe Facility transport programme, which starts in September. Developing the distribution network is also one of the key measures set out in Finland’s roadmap for fossil-free transport.

The Ministry of Transport and Communications will organise a discussion and information event on the funding opportunities on 30 August 2021.

The EU funds for expanding the distribution network for alternative transport fuels for road, rail, maritime and air transport are provided within the framework of the Connecting Europe Facility (CEF) transport programme. Funding for the programme will total EUR 25.8 billion in the period 2021–2027.

Most of the funding will be channelled to building a distribution network for ports and transport paths included in the trans-European TEN-T network. Funding can be sought for such purposes as the charging stations for electric cars and buses and heavy vehicles. The EU is also channelling funding for the construction of a hydrogen refuelling network and for the building of LNG stations for heavy vehicles. Funding will also be granted to projects supporting the extension of the distribution network for alternative transport fuels to TEN-T ports, inland ports, inland waterways and airports.

The distribution network for alternative transport fuels is growing rapidly but there are still many regions in Finland and other parts of Europe where access to such services as public charging stations is inadequate. Uncertainty about the access to charging and refuelling stations may discourage people from purchasing zero-emission and low-emission vehicles.

Alternative fuel projects are funded from a CEF Transport Blending Facility consisting of EU grants and loans. Loan guarantees provided by the European Investment Bank (EIB) or a national commercial bank/implementing partner are required. Funding is available to central and local government, companies and other actors.

Finland does not yet have a national implementing partner and thus, most Finnish actors have applied for loans through the European Investment Bank. At the discussion event, the Ministry of Transport and Communications will gauge the need for a national implementing partner in Finland, and information on the CEF funding calls for alternative transport fuel infrastructure will also be provided.

Finland is speeding up the transition to carbon-free transport by implementing the measures set out in the roadmap for fossil-free transport that were adopted by the Government in May 2021. Developing the distribution network is a key part of the roadmap. The appropriations promoting the measures would be considered in connection with the Budget for 2022 and the General Government Fiscal Plan for the period 2023–2026.

Finland has applied for a total of EUR 40 million from the EU Recovery and Resilience Facility (RRF) for investments for publicly accessible transport electricity and gas charging and refuelling infrastructure, as well as for the private charging infrastructure.

In its Fit for 55 climate package presented on 14 July 2021, the European Commission proposed that the network of charging stations for electric vehicles should be expanded. In 2025, there should be charging points no more than 60 km apart on the trans-European TEN-T network. The European Commission is also proposing binding national targets for the distribution and charging points for alternative fuels used by air and maritime transport.

The discussion event will take place on 30 August 2021 between 15.00 and 16.30. The registrations for the event, which will be held via the Teams application, should be sent by 27 August 2021. All those interested in the subject are welcome and the event is specifically intended for parties planning investments. Those registered will receive a Teams participation link and background material.

In the period 2021–2023, funding calls for the alternative transport fuel infrastructure will be organised every four to five months. The first funding call will open in September 2021 and end in January 2022. The European Commission will probably publish the work programme containing the calls for applications later in the summer. The requirements for the grants and the application procedure are described in the CEF regulation.

Source: The Ministry of Transport and Communications