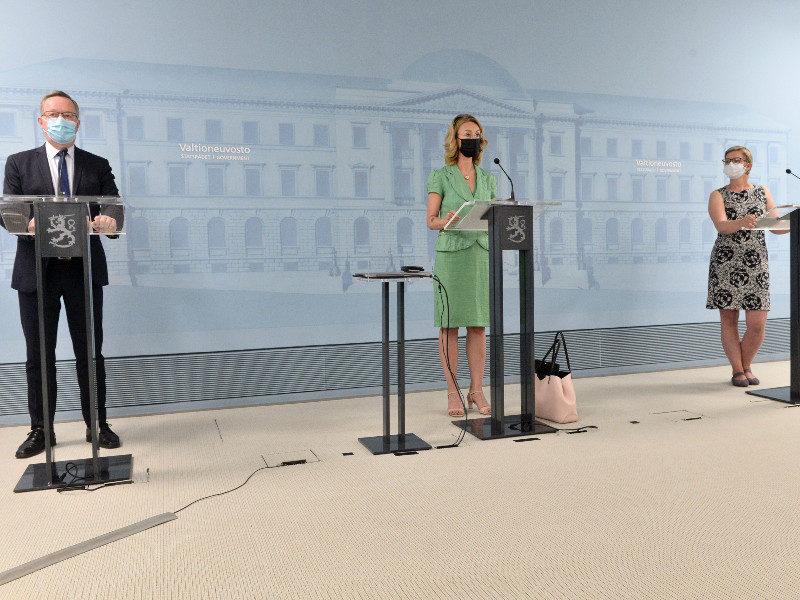 THE FINNISH INSTITUTE for Health and Welfare (THL) on Thursday reported that the weekly number of coronavirus infections has quadrupled in the past month, with a total of 2,210 infections detected in Finland between 12 and 18 July.

The number of laboratory-confirmed infections increased by 453 on Thursday.

The reproduction number of the virus is currently estimated at 1.0–1.25, indicating that the epidemic is continuing to gain momentum. The share of positive samples, in turn, has crept up to 2.3 per cent in the past month or so.

THL also reminded that the infections are causing serious symptoms in fewer patients than before courtesy of the rising vaccination coverage. The epidemiological situation must nevertheless be regarded as serious because of the surge in infections.

Most of the infections are currently traced to domestic sources, such as the gatherings of young people in bars. With almost 60 per cent of the infections reported last week were detected in 10–29-year-olds, young people and young adults should both reduce social contacts that increase the risk of infection and get vaccinated as soon as possible, according to THL.

Vaccine uptake has improved rapidly also in the age group, with more than a half of over 20-year-olds receiving the first vaccine injection.

The decline in the share of infections resulting in hospitalisations or deaths has also prompted the government to prepare tweaking its strategy for managing the epidemic as the summer turns to autumn.

Helsingin Sanomat on Thursday reported that the government is scheduled to revisit the so-called hybrid strategy early next month and make the political decisions a few weeks later, in mid-August. One dimension that will be thoroughly re-thought – if not scrapped entirely – is the division of areas into baseline, acceleration and community transmission stages.

The stages have largely determined the scope of restrictions in effect in different parts of Finland.

The re-think is warranted because the division is based partly on the burden placed by the infections on hospital and intensive care resources, an interrelation that has changed significantly due to the impact of vaccinations on at least the existing virus variants.

The division, the newspaper wrote, will likely be replaced with a more local and targeted system. Targeting is necessary both because the stages no longer reflect the gravity of epidemiological situations and because the vaccinations have also narrowed the legal framework the government must navigate, with the legislation stating that the restrictions must be both necessary and proportionate.

It is likely that the threat posed by the disease and need for restrictions will be assessed increasingly through the lens of health effects rather than the incidence of infections, according to Helsingin Sanomat.

One unknown amid the decline in deaths and hospitalisations, though, is so-called long Covid. One of the key questions for the government may be how the risk of prolonged symptoms should be evaluated against the benefits of re-opening society.

Thousands of Finns may already be struggling with long Covid, Helsingin Sanomat wrote on Wednesday.

Although no decisions on the measures have yet been made, the restrictions are expected to be targeted at population groups where the vaccination coverage is the lowest. With health authorities pointing to nightlife as a major source of infections, the government could turn its attention, yet again, to bars and restaurants.

Higher-education institutions, meanwhile, could have to weigh up the right proportion of in-person and remote instruction.