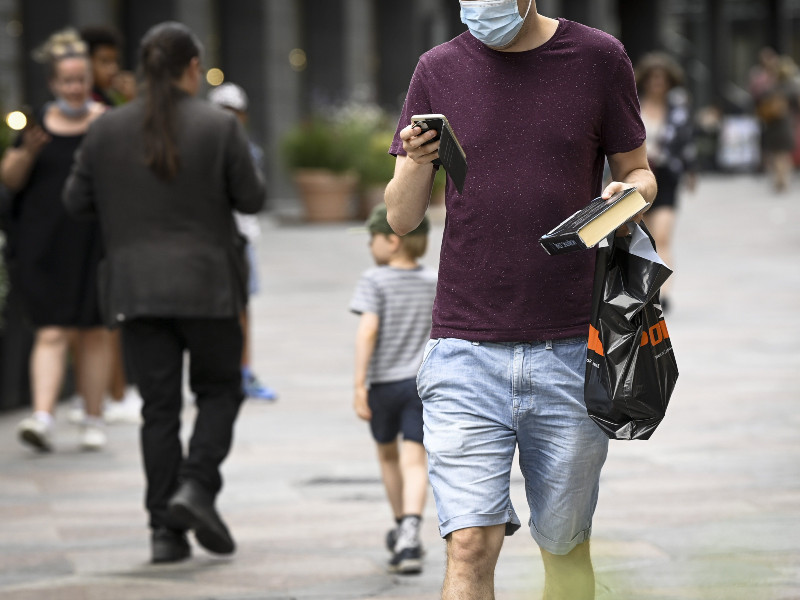 Pedestrians in downtown Helsinki on 6 July 2021. Despite a notable increase in coronavirus infections, there is presently no need to step up restrictions on social and business life, views Mika Salminen of the Finnish Institute for Health and Welfare (THL). (Emmi Korhonen – Lehtikuva)

MIKA SALMINEN, the head of health security at the Finnish Institute for Health and Welfare (THL), on Monday stated on YLE A-studio that no drastic changes are currently required to the restrictions adopted to limit the spread of the new coronavirus.

“It’s hard to find measures that get the situation under control, unless we shut down all bars and pubs for a couple of months. I don’t think that’s a particularly good solution at this point,” he said.

Salminen added that the threat posed by the virus should assuage once the majority of middle-aged people have received both vaccine injections.

“Once we’ve managed to vaccinate the majority of middle-aged people, […] the risks will decrease so low when it comes to the acute disease that a large part of the threat it has caused will fall off,” he commented.

He also called attention to the “significant harm” caused by tighter restrictions.

“I personally don’t hope that young people are absent from schools and universities in remote teaching for the entire autumn, as was the case last year. That’d be quite a bad thing,” stated Salminen.

The rules regarding the quarantines of pupils and students are presently being re-evaluated, according to him.

“I’m certain that quarantines will be necessary in a targeted fashion, but how big a group should be considered exposed, how long the quarantine should be and could we use testing more exhaustively are all questions that may be considered further,” he said.