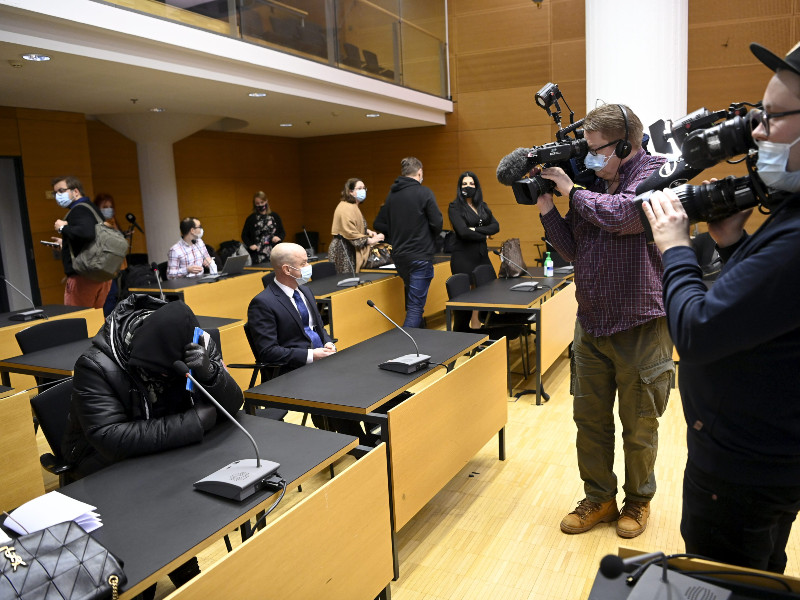 The son-in-law of the allegedly deceased asylum seeker attended a hearing at the District Court of Helsinki in January 2021. Both he and his partner were found guilty of aggravated fraud and aggravated forgery in February. (Antti Aimo-Koivisto – Lehtikuva)

THE EUROPEAN Court of Human Rights (ECHR) has overturned the decision it issued in the case of an unsuccessful asylum seeker who had allegedly died after returning from Finland to Iraq.

The ECHR on Tuesday said it revised its judgement on grounds that the documents submitted by the applicant, the daughter of the middle-aged asylum seeker, were forged and the man was in fact alive and well in Iraq.

“This is an excellent ruling. Justice has been served,” Krista Oinonen, a head of department at the Ministry for Foreign Affairs, commented to Helsingin Sanomat.

The ECHR in November 2019 ruled that Finland’s decision to remove the man had violated articles two and three of the European Convention on Human Rights. The ruling marked the first time the country was ruled to have contravened article two of the convention, which stipulates that everyone’s right to life shall be protected by law.

Finland was ordered to pay 20,000 in compensation to the daughter of the asylum seeker. The compensation, though, was never paid as suspicions quickly arose that the man was alive and the documents confirming his death had been forged.

ECHR on Tuesday said the claimant sought to deliberately mislead the courts with the forged documents.

Oinonen, who represents Finland at the ECHR, said it is unusual for the court to revise its judgements.

“There have only been a few cases like these. The ECHR is very reliable judicially. But the forgery case itself was exceptionally glaring,” she commented to the newspaper.

Rules of the ECHR enable a party to a case to request that a judgement be revised in circumstances where facts with the potential to have a significant impact on the judgement have emerged. It must also ruled that the party could not have reasonably been expected to know the facts during the court proceedings.

The District Court of Helsinki in February sentenced both the daughter and son-in-law of the asylum seeker to roughly two years in prison for aggravated fraud and aggravated forgery.

The duo, its ruling reveals, had forged documents in collaboration with the woman’s parents and submitted them to both the ECHR and Helsinki Administrative Court. The case is presently being considered at the Helsinki Court of Appeal.