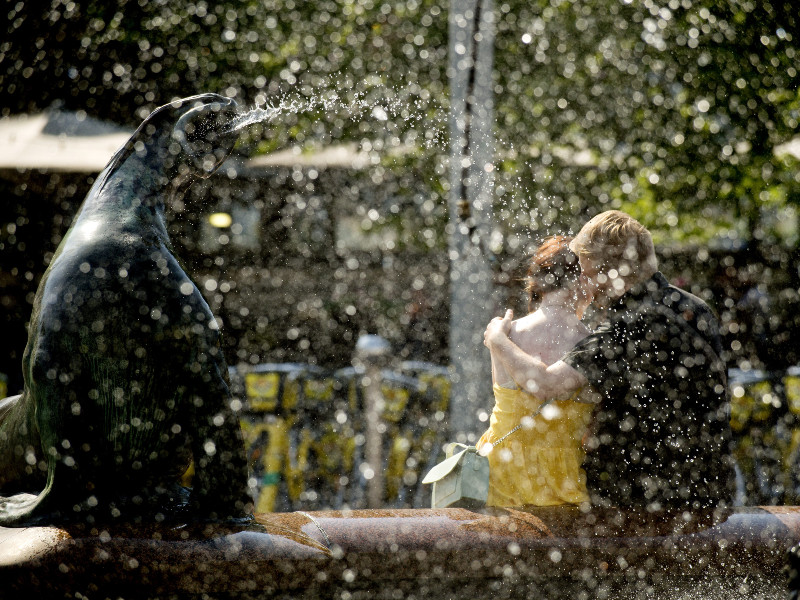 People sitting on a fountain on a hot summer day in downtown Helsinki on 10 July 2021. (Mikko Stig – Lehtikuva)

THE FINNISH CAPITAL of Helsinki is one of the world’s best cities to live, reveals a survey conducted by Boston Consulting Group and BCC Henderson Institute.

Helsingin Sanomat on Tuesday reported that the city came in third in the ranking compiled based on a total of 155 metrics on facets such as pace of change and quality of life. The first two spots in the ranking were secured by London (UK) and New York City (US).

About 25,000 residents of 80 cities were asked whether, for example, they believe their own children will live in their current city of residence 20 years from today and whether they would recommend the city as a place to live in the next year. The responses were then combined with other indicators about the general nature of life in the cities.

Helsinki fared well in all of the five main categories and excelled in indicators measuring aspects contributing to quality of life, such as housing, health care and transport. Its overall ranking, though, was dragged down by the weather conditions and relatively weak outlook for economic opportunities.

Both London and New York also ranked ahead of it in social capital, which in the context of the survey refers to aspects such as equality, security and social networks.

Boston Consulting Group underlined in its press release that cities should focus especially on their weaknesses to support their future development and success.

Helsinki was ranked behind Copenhagen (DK) and Zurich (CH) as the world’s third best city to live in earlier this year by British lifestyle magazine Monocle.