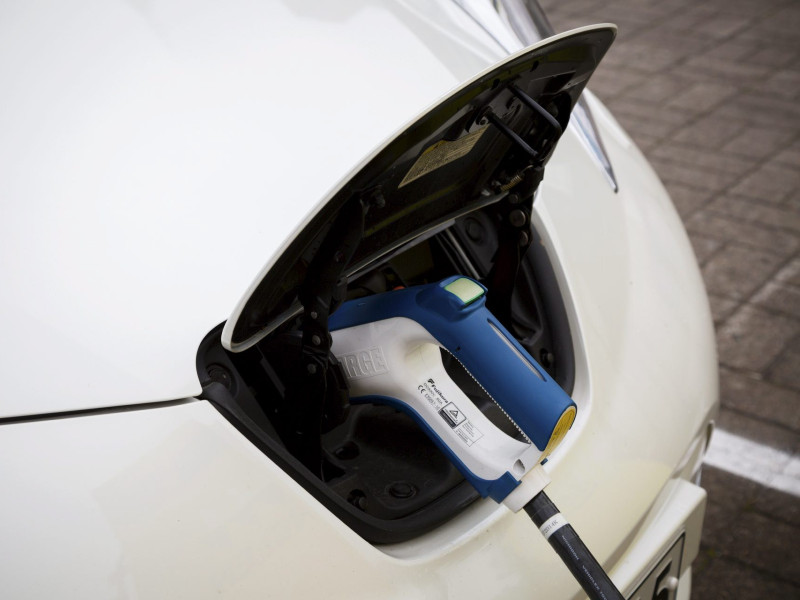 A vehicle plugged in to a charging station in Hanasaari, Helsinki, in 2017. (Handout / Sonja Meskanen – Helen)

CAR SALES in Finland underwent an unprecedented change in June.

The number of petrol car registrations stood at 5,810 and petrol-powered plug-in hybrids at almost 1,910.

Petrol cars are expected to continue their dominance of the market in the coming years, suggests a survey commissioned by the Information Centre of Road Transport.

Conducted in late June, the survey found that four-fifths of households could choose a petrol or petrol-powered non-plug-in hybrid as their next car. A plug-in hybrid were the second most popular choice, with more than half of respondents saying they could also consider one for their next vehicle.

Slightly more than 40 per cent of respondents said they could consider a fully electric vehicle and almost one-third a gas-powered vehicle.

“The purchase incentives and charging infrastructure support measures that are being planned are very justified so that more households have the opportunity to purchase a plug-in vehicle. These incentives are the most effective way to ease on the brake on plug-in car purchases,” commented Pekka Rissa, the CEO of the Finnish Central Organisation for Motor Trades and Repairs (AKL).

A shift away from combustion to electric engines is underway globally. Europe, for example, is likely to prohibit the sales of combustion engine in 2035, Pascal Canfin, the chairperson of the European Parliament’s Committee on the Environment, Public Health and Food Safety, told Helsingin Sanomat in June.

“There’s a wide consensus that the right time to abandon combustion engines is 2035,” he said.