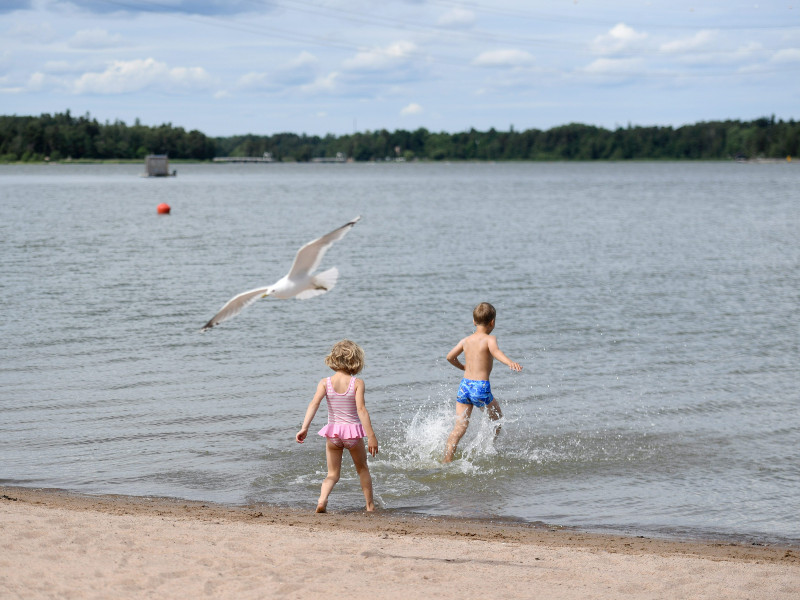 Children ran into the water at Hietaniemi Beach in Helsinki on 16 June 2021. (Silja-Riikka Seppälä – Lehtikuva)

FINLAND is experiencing a baby boom, views Mika Gissler, a research professor at the Finnish Institute for Health and Welfare (THL).

Gissler on Tuesday stated to Helsingin Sanomat that although the number of prenatal appointments at child and maternity were on the up-tick in December, the number of births was even higher than expected in February.

“Last year was also a leap year, and yet 6.7 per cent more children were born than the previous year’s February,” he commented. “February’s children are children who were conceived the previous summer. In the summer of 2020, the coronavirus situation was good after the spring. It was known that new coronavirus waves would come, but it wasn’t known how bad they’d be.”

Statistics reveal that 30–32-year-olds have given birth to most children during the epidemic. No details have yet been published regarding the number of first childbirths.

“It’d be critical to quickly find information about changes in the number of children so that we can better understand the changes in natality. In Finland, natality has decreased especially because people are postponing having their first child,” reminded Anna Rotkirch, the director and research professor at the Population Research Institute.

Statistics from last year suggest that the resurgence of natality was initially attributable to the growth of families with already at least one child.

Rotkirch estimated in an interview with the newspaper that it is possible that millennials have pushed forward their family-related decisions amid the pandemic, resulting in an increase in first-child births this year.

The extraordinary circumstances brought the daily lives of many to a screeching halt. Working from home, the cancellations of hobbies and difficulties associated with travel provided people more time to think about the future. It is also possible that people wanted children to foster hope for future after being faced with the unexpected social shock.

“When the pandemic came to Finland, I said it could impact the values of people and thus their willingness to have children sooner. Our family barometers reveal year after year that the biggest reasons for postponing having children are other interesting things in life,” said Rotkirch.

Other contributing factors are financial situation, social health and well-being, and confidence in society. Rotkirch viewed that these may explain why natality did not decline in Finland, unlike countries such as Italy and the United States.

“The number of women in working life has plummeted in many countries. My gut feeling is that the situation hasn’t been quite as bad in Finland. And of course you get child benefits and parental support also when you’re unemployed in Finland,” she viewed.