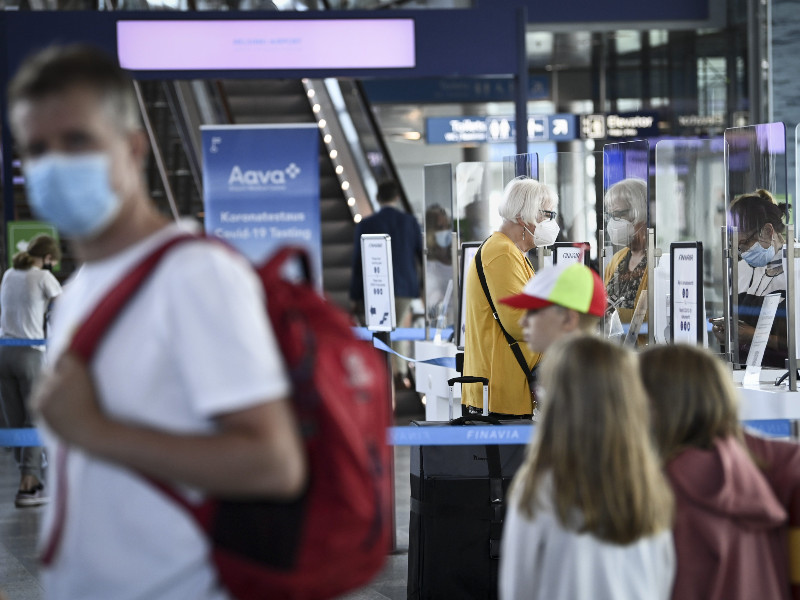 THE GOVERNMENT of Prime Minister Sanna Marin (SDP) has ironed out the last few details of its new entry rules.

The government decided yesterday that during the summer no entry restrictions will be imposed on people entering from countries that have reported 10 or fewer coronavirus cases per 100,000 inhabitants in the past two weeks, a criterion that aligns with that for the baseline stage of the epidemic in Finland.

The entry rules will enter into force on Monday, 12 July, according to the Ministry of Social Affairs and Health.

The incidence rate-based limit for defining countries as low-risk countries caused discord within the ruling parties. Presently countries with a maximum of 25 infections per 100,000 inhabitants are regarded as low-risk countries, but the limit was lowered at the request of the Ministry of Social Affairs and Health and, especially, Minister of Family Affairs and Social Services Krista Kiuru (SDP).

Finland itself has reported about 40 infections per 100,000 inhabitants in the past two weeks.

People arriving from countries with more than 10 cases per 100,000 inhabitants need not get tested and quarantine upon arrival if they present a certificate of full coronavirus vaccination, recent negative coronavirus test or recovery from the coronavirus disease. If they cannot, they will be required to get tested immediately upon arrival and again three to five days after arrival.

Only a handful of countries presently have an incidence rate lower than 10: Australia, China, Hong Kong, Iceland, Israel, Macao, Malta, New Zealand, Poland, San Marino and Vatican. The testing requirement also do not apply to people born in 2006 or later, regardless of the country of departure, and people arriving from certain municipalities in Norway.

The spread of the more transmissible delta variant was cited as justification for lowering the incidence rate-based limit. In Finland, infections have doubled recently largely as a consequence of variants entering the country from overseas.

The European Commission has outlined that no restrictions should be applied to countries with at most 50 cases per 100,000 inhabitants.

Markku Mäkijärvi, the chief medical officer at the Hospital District of Helsinki and Uusimaa (HUS), on Tuesday stated in a press conference that the strict approach is medically justified to curb the entry of new variants until vaccination coverage has risen to a sufficient level.

While a relatively high share of the population has received the first vaccine dose, it alone does not provide sound protection against the delta variant, reminded Taneli Puumalainen, the head of health and safety at the Ministry of Social Affairs and Health. A European study, he pointed out, suggests the epidemiological situation could become as bad as last winter by next autumn unless countries remain vigilant in the face of the variant.

The strict approach was met with disappointment in the tourism and accommodation sector.

Timo Lappi, the managing director of the Finnish Hospitality Association (Mara), told YLE that the decision is inexplicable, as it aligns neither with the will of the Parliament nor the recommendation of the European Commission. The rules, he added, will continue to create uncertainty for business owners.

A similar message was sent by Finnair.

“The previous incidence rate [limit] of 25 had been in effect since last year’s September, when for example the vaccination situation was completely different,” noted Päivyt Tallqvist, the head of communications at the Finnish state-owned airline.

She added that it is nonetheless important that the country is opening for both tourists and Finnish nationals.

“The closer we get to the general incidence rate [limit] of 50 in Europe, the better. August is an important holiday month in Europe, but because of the limit Finland may get fewer travellers from Europe,” said Tallqvist.