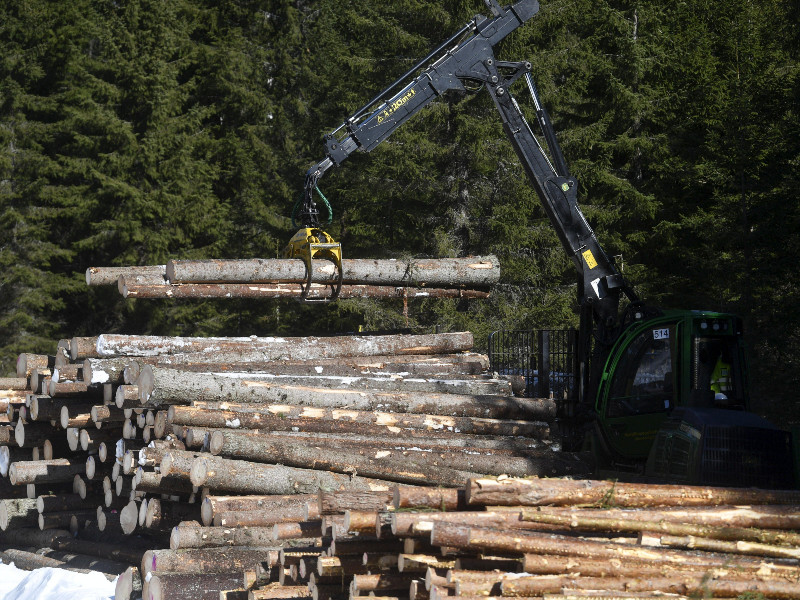 A log-handling machine piled logs by a forest road in Evo Hiking Area in Hämeenlinna on 24 March 2021. (Vesa Moilanen – Lehtikuva)

THE ADOPTION of satellite imaging technology has resulted in a tenfold increase in the number of illegal loggings detected in Finland by Metsähallitus, writes Helsingin Sanomat.

Metsähallitus in 2019 began using a method called image separation analysis that compares three satellite images taken of the same forest area at different times to detect changes in coverage and combines the images with location data containing details about the announced loggings and valuable natural sites.

The loggings detected with the new method will be photographed with a drone and, if necessary, verified with an on-site inspection. Both measures were employed roughly 1,000 times in 2020.

The Forest Centre will also request a written statement from the relevant party to determine whether the case should be submitted to police. About a half of its inspections last year led to a criminal investigation.

Partanen clarified to Helsingin Sanomat that the cases are not always deliberate, as the reasons may include a communication breakdown, inability to use information systems or erroneous coordinates provided by a forest worker.

The illegal loggings usually fall into two categories: petty forest offences linked to the failure to submit a forest-use notice and forest offences linked to logging in valuable habitats characterised by formations such as brooks, rivulets, wells and ponds. The petty offence typically leads to a few-day fine and the more serious a few-dozen-day fine, although imprisonment is also a possibility.

Forest owners have also been ordered to forfeit the logging proceeds to the state.

The District Court of North Karelia in March handed down a 55-day fine to a man for felling trees close to a site that was of particular importance to forest biodiversity in Nurmes. The man had planned the logging as a representative of the forest owner.

The owner was also ordered to forfeit the logging proceeds, about 4,500 euros.

The logging took place in the vicinity of a well and rivulet that created a special growth environment and microclimate. Officials had ruled that the well should be surrounded by a protective zone of at least 25 metres, but the trees were felled less than four metres from the well, depriving the well and rivulet of their typical characteristics.

The offence was detected when analysing satellite images.