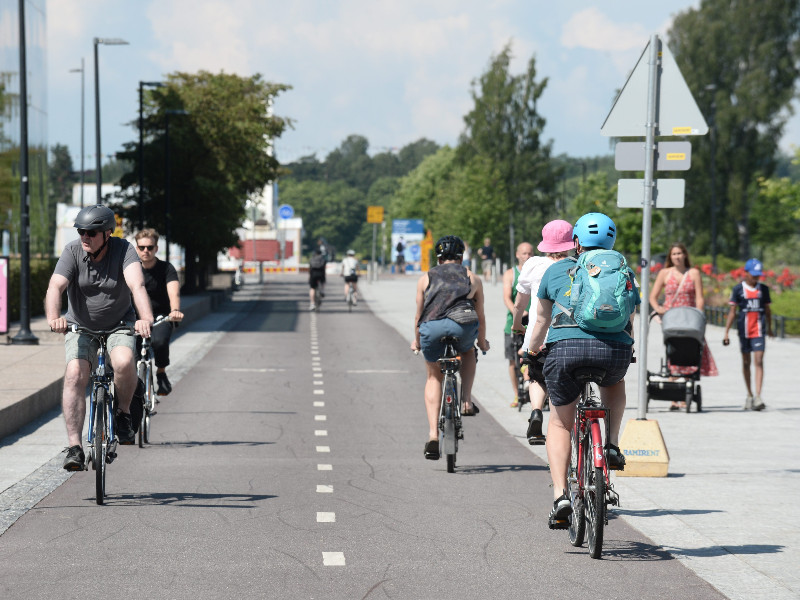 OVER 100 KILOMETRES of high-class cycleways are to be laid down in the coming years in Helsinki, reports Helsingin Sanomat.

The Finnish capital had roughly eight kilometres of high-class cycleways, or baanas, in use and 11 kilometres under construction at the end of last year, but it has set forth plans to expand the network to a total of 130 kilometres.

The first high-class cycleway in the city was built into an old rail corridor in 2012. Stretching from Museum of Contemporary Art Kiasma to Ruoholahti, the 1.3-kilometre cycleway has become a popular route, hitting the million-user mark in 2020.

Expanding the cycleway network is part of an effort to increase the share of journeys made by bicycle from the current 11 to 20 per cent by 2035. Copenhagen, where roughly 50 per cent of journeys are made by bicycle, has been the model city for the effort to promote cycling in the Finnish capital, Oskari Kaupinmäki, the cycling coordinator at the City of Helsinki, told Helsingin Sanomat.

“We’ve been able to duplicate the solutions used there fairly well. We’ve also added a few cherries to the cake from the Netherlands,” he said.

Hämeentie, he added, is one example of what a concept taken from Copenhagen looks like in Helsinki.

“You can’t replace quality with quantity. The solutions must be cohesive and continuous, as even water doesn’t flow through scattered ditches.”

Helsinki is also planning to increase bicycle parking at a pace of roughly 900 spots a year, with some 1,000 spots opening this year in Kamppi, Katajanokka and Malmi. Ultimately its objective is to become the world’s third best city for cycling after Amsterdam and Copenhagen, revealed Kaupinmäki.

The objective is to be met by integrating bicycle traffic into road traffic on equal terms while taking into account all forms of traffic to ensure the development does not come at the expense of others forms of traffic.