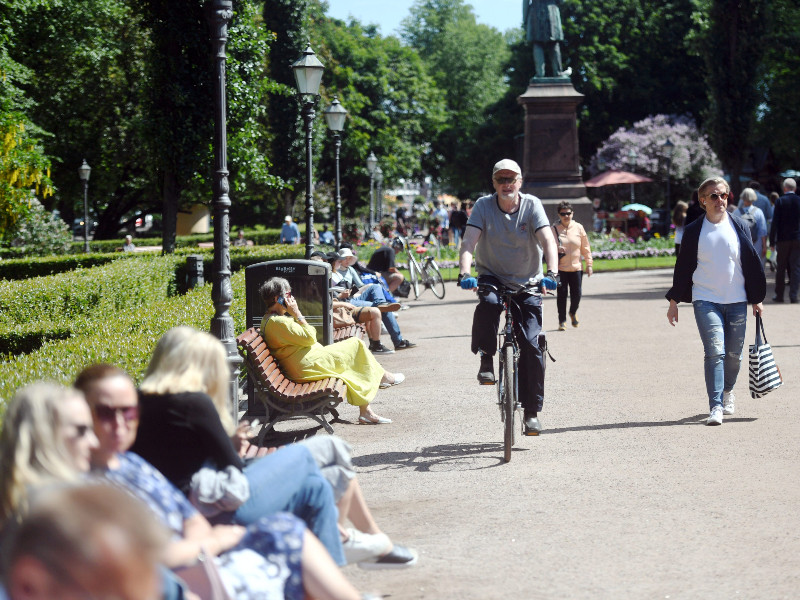 A HEATWAVE is forecast to deliver temperatures of up to 30°C to southern and central parts of Finland as of Friday.

The Finnish Meteorological Institute (FMI) has issued a hot-weather warning to several regions for today, with the mercury forecast to climb to 25–28°C in southern and central areas and even closer to 30°C in Häme, Pirkanmaa and Satakunta.

Finland will be split roughly in two as far as the weather is concerned this weekend, according to Jari Tuovinen, a meteorologist on duty at FMI. A front of rain will arrive from Sweden across the Gulf of Bothnia to Central Finland, leaving the weather in areas north of it cooler, under it overcast and rainy, and south of it hot.

“The 30-degree mark will probably be breached on Saturday in Kymenlaakso, Päijät-Häme, South Karelia and Southern Savonia. The mark will be threatened also in northern parts of Uusimaa,” he commented to Helsingin Sanomat on Thursday.

Marjo Hoikkanen, a meteorologist at YLE, on Wednesday said the temperature difference between the south and north may be as drastic as 20 degrees.

Temperatures are forecast to continue to creep up early next week, with the 30-degree mark possibly being hit as high as Kajaani and Oulu, due to a stream of hot air from the south caused by the positioning of a low-pressure front over Great Britain and high-pressure front over Moscow, Russia.

“It’ll be even warmer in the south, locally up to 30 degrees,” said Tuovinen.

While night temperatures in the north will remain cool, southern parts of the country may experience their first tropical nights of the year early next week. A tropical night is defined as a night when the temperature does not drop below 20°C between 9pm and 9am.

“It’s a fact that at those temperatures houses will heat up steadily and sleeping will become uncomfortable,” Tuovinen told Helsingin Sanomat.