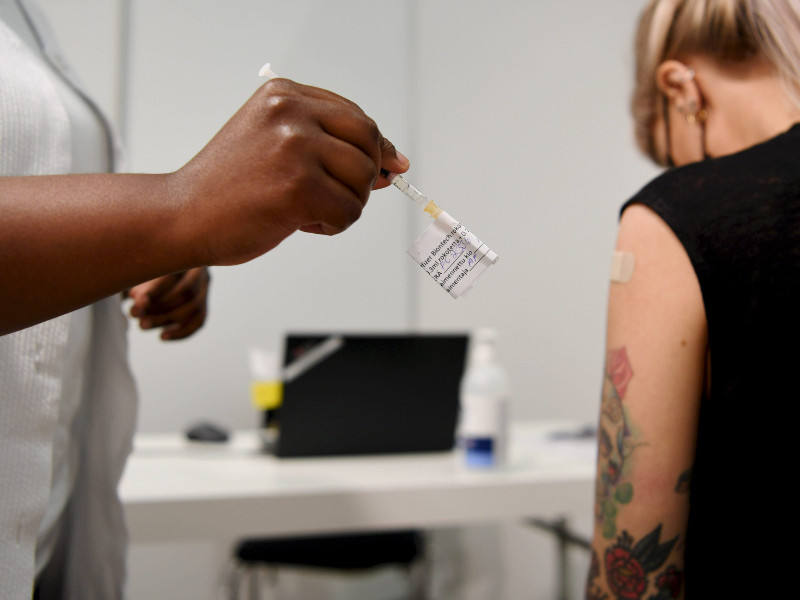 A person received a jab of the Pfizer-Biontech Covid-19 vaccine in Messukeskus, Helsinki, on 11 June 2021. (Silja-Riikka Seppälä – Lehtikuva)

HELSINKI will open its booking system for coronavirus vaccination appointments to 16–24-year-old residents next week, Timo Lukkarinen, a medical director at the City of Helsinki, revealed to Helsingin Sanomat on Wednesday.

After the age group has received the first vaccine injection, the city will proceed to administering the booster doses and weighing up whether younger age groups should also be vaccinated.

The vaccination campaign is moving forward ahead of schedule, as the supply of vaccines was previously not expected to suffice for 16–24-year-olds until the autumn due to the commencement of booster vaccinations in July.

“We’ve received a solid amount of vaccines in the past three weeks, and we’ll be receiving more in the next couple,” told Lukkarinen.

He added that about 70 per cent of 25–29-year-olds have booked a vaccination appointment after the system was opened to the age group on Monday, 14 June. “To make sure we get a high vaccination coverage, not only do we need vaccines but we also need people who show up to get vaccinated,” he said.

Helsinki presently has enough doses to fully vaccinate over 80 per cent of the population. Any doses that are left over could be sent to another city or another country, according to Lukkarinen.

“The vaccines don’t do much good in the fridge,” he reminded.

He also pointed out that people can book a vaccination appointment even if the booking period for their age group has ended. They should do so in the next two weeks, though, because the commencement of the second round of vaccinations could mean appointments are not available until August or September.

“If the booster shots are a hot commodity, you may have to wait until the autumn,” Lukkarinen noted to Helsingin Sanomat.

With the second round scheduled for the period between July and September, it may be possible for vocational, general upper secondary institutions and higher education institutions to start the school year as usual in the autumn. The instructions on mask use and safe distancing, however, would likely remain in place until the risk of transmission was deemed notably lower.

“That’s a national decision, not up to me,” said Lukkarinen.