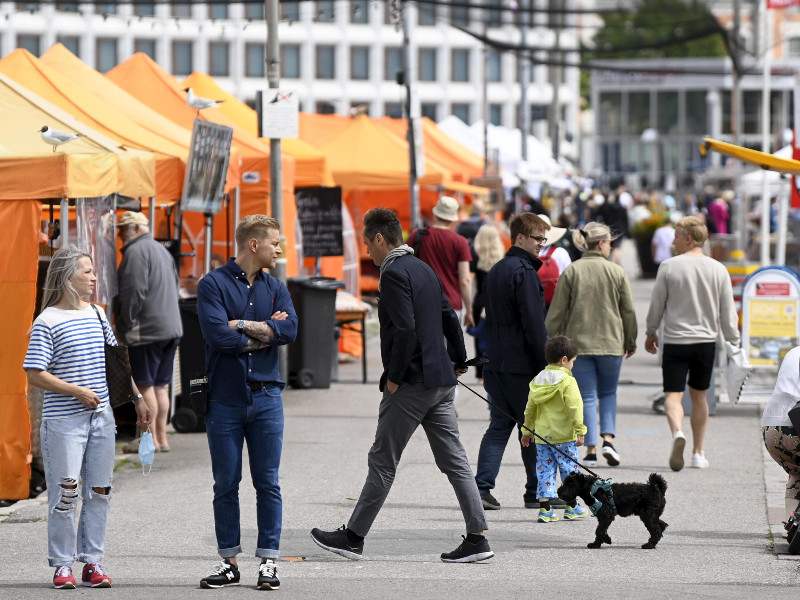 NOT A SINGLE REGION in Finland is any longer in the most serious, community transmission stage of the coronavirus epidemic.

The Regional State Administrative Agency (AVI) for Southern Finland on Tuesday announced that Kanta-Häme and Päijät Häme will begin easing their restrictions on social life after moving from the community transmission to the acceleration stage of the epidemic.

The restrictions on public gatherings and events had been eased in large parts and lifed entirely in some parts of Uusimaa on Monday.

Southwest Finland, meanwhile, moved from the acceleration to the baseline stage as of today after successfully containing what only a few months earlier was one of the worse epidemiological situations in the country. The region has recorded two days with no new infections in June, on 6 and 13 June.

“This is an exceptionally delightful moment, as we can declare that the region is moving to the least serious stage,” rejoiced Mikko Pietilä, the chief medical officer at the Hospital District of Southwest Finland.

The changes in the epidemiological situation mean that not a single district is presently in the community transmission stage and that four regions are in the acceleration stage: Central Ostrobothnia, Kanta-Häme, Päijät Häme and Uusimaa.

The incidence of infections has continued to decline across Finland. The Finnish Institute for Health and Welfare (THL) on Tuesday reported that 1,280 new infections have been detected in the past two weeks, representing a decline of almost 980 from the previous two-week period. The number translates to a two-week incidence of roughly 23 infections per 100,000 inhabitants.

THL also revealed that almost 2,850,000 million people have received at least the first dose of a coronavirus vaccine, accounting for 51.1 per cent of the population. The share of people who have received both vaccine jabs stood at 13.1 per cent.