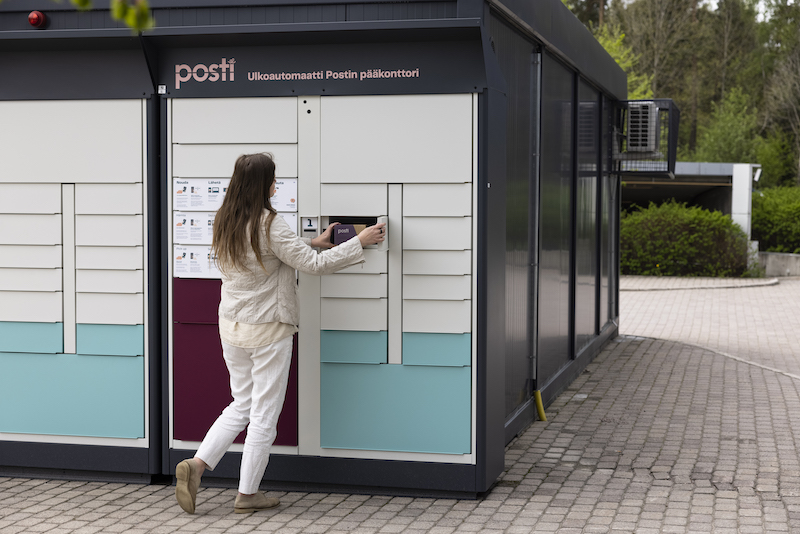 Posti has previously announced that it will invest more than EUR 100 million in strengthening the parcel and e-commerce operations and the distribution network. Increasing Parcel Locker capacity is one of the most important development areas: Posti currently has 2,200 Parcel Lockers containing more than 130,000 individual lockers. Capacity will be significantly increased, and the number of Parcel Lockers will increase by about 10-15 Parcel Lockers and hundreds of lockers per week.

– Finns really like Parcel Lockers and they are popular places to receive parcels. The new outdoor Parcel Lockers are ready for use 24/7 and a natural continuation to Posti’s unique Parcel Locker success story. The Parcel Lockers are to be placed in connection with our retail partners and other public places along different shopping routes, says Heiko Laubach, responsible for the Posti's service point network.

The new outdoor Parcel Locker model has been developed together with Finnish technology partners (Juha Punta Oy, Kaltiot, Solmu Technologies, elfGROUP, Verkota, iProtoXi and ID-Systems IDS). The University of Oulu and VTT have also been involved in the development work. The new outdoor Parcel Lockers will use advanced wireless communication and interconnection technologies (BLE and LTE-M) developed for the Internet of Things (IoT), which will allow the lockers to be opened using the OmaPosti application in the future. In the initial phase, the lockers are opened with a PIN code.

- The Parcel Lockers are quick to set up, as the required energy is obtained from the batteries and there is no need for separate mains connection or telecommunication cabling. The Parcel Locker communicates in real time with Posti's back-end systems, says Jari Paasikivi, responsible for the technical solution of the new outdoor Parcel Locker model.

Designed for the Finnish climate

- We have, for example, performed several months of outdoor testing in the winter, as well as various low-temperature tests in a laboratory. The result is a Finnish, technologically advanced outdoor Parcel Locker and the necessary technical components with the necessary applications, Paasikivi continues.

The first outdoor Parcel Locker will be taken into use during the summer in Vantaa. With the continuously growing e-commerce trend, Posti will need more than 200,000 lockers in the next few years, and a significant part of the new lockers will be located outdoors.