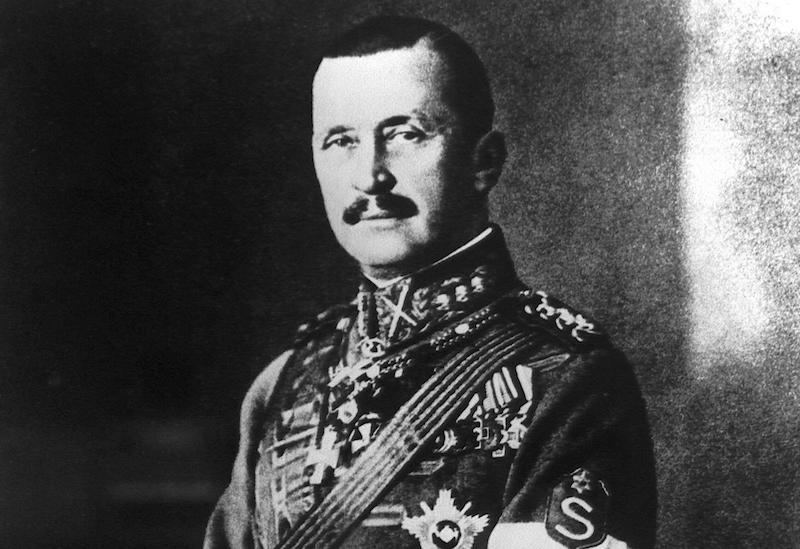 CARL GUSTAF EMIL MANNERHEIM IS CONSIDERED by many Finns to be one of the founding fathers of modern Finland, and his complex legacy is still actively discussed in all corners of Finnish society today. But what is known of Mannerheim beyond his experience on the front lines and his much-vaunted statecraft?

Anyone who has spent even the briefest of periods in Helsinki or in many parts of Finland will already be familiar with the name Mannerheim. There are, at the very least, dozens of streets, squares, and public spaces named after the Marshal, not least the 5,5km boulevard in central Helsinki that has served as the capital’s main thoroughfare since its inauguration in 1942.

You can also find his statue parked outside Helsinki’s Kiasma Art Gallery, where a striking figure of a young Mannerheim sits atop a horse, about the enter into battle. Identical statues can also be found in Turku, Tampere, Lahti, Seinäjoki, and Mikkeli. His legacy also stretches far beyond Finland’s borders: among the many places bearing Mannerheim’s name overseas are a park in Switzerland and a reservoir in Arizona.

Both at home and abroad, Mannerheim is known as the founding father of independent Finland – the man who led Finnish forces through the brutal Winter War and Continuation War and served as the only soldier to ever hold the Finnish Presidency, as he helped lead the transition from war to peace from 1944 to 1946. His personal life and background have also been documented in immense detail, while his military career prior to World War II has come under increasing scrutiny, as new generations re-assess his complex legacy.

Born in 1867 into a family of Swedish aristocrats, Mannerheim seemed destined to live a life that was typical of his rarefied cohort. Finland was then the Grand Duchy of Finland, an autonomous region of the Russian Empire that had previously been under the rule of Sweden. The Mannerheims were a noble clan whose blue-blooded lineage stretched back to at least the 1600s and spanned the aristocratic estates of Sweden, Germany, and Finland.

Much like his mother and father, Mannerheim’s mother tongue was Swedish, as was the case with virtually all of Finland’s upper crust at the time, despite the fact that Finland had been under Russian administration since the turn of the 19th century. One thing that few people know to this day is that Mannerheim never did master the Finnish language. Despite being fluent in Swedish, German, French, and Russian, he did not even begin learning Finnish until after the war, when he was well until his fifties. Even then, he preferred to speak Swedish in both private and public throughout the remainder of his life.

Much like many other well-heeled men of his generation, Mannerheim spent much of his youth cutting his teeth at the Hamina Cadet School, then the finishing school de choix for Finnish aristocrats preparing for a life in the Russian Imperial Army’s officer class. He would then go on to serve the Russian empire for more than three decades, distinguishing himself during the Russo-Japanese War of 1904-05, excursions into Central Asia, and the First World War. In his memoirs, Mannerheim looked back fondly during his time in the Russian service, writing that he had “enjoyed broader perspectives than I could ever have done in Finland”.

What followed next was to be one of the most bitterly contested components of his legacy, one that continues to divide opinion to this day. As the Finnish Civil War began to gain momentum, Mannerheim assumed command of the Finnish Whites, tasked with defeating the ‘Red’ Finnish Bolsheviks and expelling remaining Russian forces from Finnish territory. Aided by the German military, Mannerheim succeeded.

The Civil War stands out for its exceptional brutality and terror on both sides and few commanders emerged from the conflict untainted. As commander of the Whites, Mannerheim directed mass executions and terror campaigns that are still considered low points in Finnish history, not least the vicious reprisals and killings of Red soldiers and civilians in the aftermath of the 1918 Battle of Tampere. It is this incident that is arguably the most oft-cited by his modern-day detractors, occasionally prompting a Twitter storm or campus ruckus.

Immediately after the conclusion of the conflict, Mannerheim entered semi-retirement, proclaiming that he anticipated a peaceful life out of the public eye. Typical of much of Mannerheim’s life story, fate had other plans. He was re-drafted into public life in the 1930s, as chairman of Finland’s National Defence Council, tasked with preparing Finland for war with the Soviet Union (the concrete remains of the Mannerheim Line are still a popular tourist attraction today).

To the surprise of no one, the Soviet Union attacked Finland at the end of 1939, prompting Mannerheim’s installment as Commander-in-Chief of the Finnish military. Although this first conflict ended in defeat for Finland, as well as brutal terms of surrender imposed by the Soviet Union, Mannerheim’s leadership was noted internationally, due to his ability to secure stunning victories despite being vastly outgunned and outnumbered.

After a few months of uneasy peace, Finland teamed up with Nazi Germany to invade the Soviet Union, commencing the Continuation War. Again, Mannerheim was unable to lead Finland to success, but his ability to cause massive damage to Soviet military capacity and put up fierce resistance to Soviet counterattacks likely helped prevent Finland from being absorbed behind the Iron Curtain after the war. Appointed President of the Finnish Republic in late-1941 (the only soldier to even hold this position), Mannerheim was then trusted with the mammoth task of negotiating a peace settlement with the victorious Soviets.

To the surprise of many international observers, this was successful. Although Finland was required to pay crushing war reparations and had to contend with the permanent loss of much of Karelia, the country had managed to avoid becoming a Soviet satellite, unlike many neighbouring countries. Shortly after the conclusion of peace negotiations, Mannerheim retired, citing ill health. He then moved to a sanatorium in Switzerland to write his memoirs, where he would spend the rest of his life before dying in 1951.

Today, Mannerheim is remembered in many different ways. For some, he was a shrewd tactician doing what was necessary for the country, while for others he was a ruthless pragmatist with few moral qualms when it came to getting the job done. Either way, the legacy of this titan of history continues to be felt to this day.