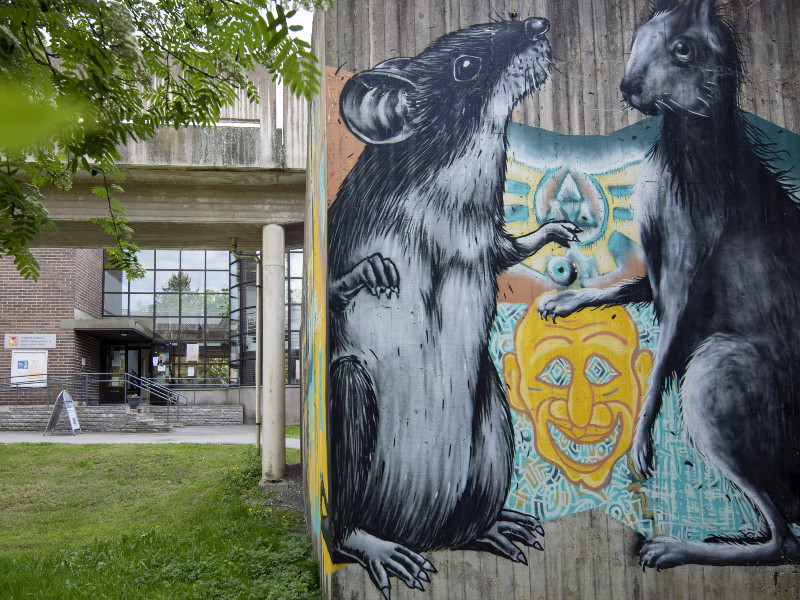 Street art outside the polling station in Varissuo, an eastern neighbourhood of Turku, on 1 June 2021. (Roni Lehti – Lehtikuva)

A complaint received by the police department that people in the eastern neighbourhood of the city have been pressured to cast their vote for one of three municipal election candidates vying for a seat on the Turku City Council.

The case is tentatively investigated as three counts of electoral offence. No election officers are suspected of wrongdoing.

Turun Sanomat on Tuesday wrote that it has learnt that the attempts to compel people to vote and influence their voting decisions have been targeted at people of foreign backgrounds at the advance polling station at Varissuo Library. Ilkka Sepponen, the chairperson of the central municipal election board in Turku, told Ilta-Sanomat that people of foreign backgrounds have been seen shouting in the vicinity of the polling station.

“It’s a difficult situation if someone is shouting in Somali, for example. The election officers can’t tell what they’re shouting,” he said to the tabloid daily.

Southwestern Finland Police Department reminded in its press release that everyone has the right to exercise, or not exercise, their right to vote however they like. The use of threats to influence the voting of another individual is prohibited under the criminal code and carries a punishment ranging from a fine to two years in prison.

The police also asked people to come forward with any tips about the illegal activity.

The advance voting period for the municipal elections began on 26 May and ends on 8 June. The election day is 13 June.